John Yoo, professor of law at the University of California, Berkeley, is a pariah of the campus Left. His offense is his support of the denial of P.O.W. status to al Qaeda prisoners. The president, Yoo says, has the constitutional power to interpret treaties. George Washington did it and George W. Bush can do it. Not only did Yoo support Bush’s authority to interpret the Geneva Conventions, but from 2001 to 2003, Yoo worked in Bush’s Justice Department on the legal theory supporting Bush’s assertion of war and treaty powers.

On Sept. 12, 2005, the Wall Street Journal profiled the controversial young Korean-American. The lead paragraph has Yoo recommending the use of assassination.

“The Powers of War and Peace” has no cheerleading for regime change by rifle. Nor is there any attempt to exonerate the guards at Abu Ghraib. Yoo is no longer acting as a lawyer tell- ing his belligerent client what the options are; he is offering a serious, detailed argument about the war and treaty powers in the U.S. Constitution. It is not easy reading, but it is well worth the effort.

Yoo was once a clerk to Justice Clarence Thomas, the court’s premier originalist, and there is a similarity in how they think. There is much in the book about the British and colonial background to the Constitution, the debates of the framers and ratifiers, and the first questions of treaty rights and war faced by President Washington. There are also many references

to the past ten years, such as the wars in Kosovo, Afghanistan, and Iraq; the Kyoto Treaty; the ABM Treaty; and so on. Unfortunately, there is not much on the two centuries in between.

In constitutional law circles, the Journal says, Yoo is considered a “sovereigntist.” Really, he is a nationalist: he is interested in an interpretation of the Constitution that allows America to do what it wants in the world and to remain independent of the United Nations, the World Court, et al. And while Yoo’s theory would allow the U.S. government to be more interventionist and belligerent than most libertarians prefer, they should appreciate the way it keeps America in control of American actions.

Yoo begins with the war power. The Constitution gives Congress the power “to declare war.” An earlier draft of the document gave Congress the power “to make war.” The Constitution also says, in regard to the states, that they cannot “engage in war” unless under attack, or imminent attack. To declare, to make, to engage in: these are different. Y00 argues that the declaration of war is I I fundamentally one of defining legal relationships.” That is, if your government has declared war on a certain country, it can confiscate that country’s assets and put that country’s nationals into internment camps. But the president, as Commander in Chief and possessor of the foreign-affairs power, can make war – at least, some bombing and shooting short of total war.

I am uncomfortable with this; it is more permissive than I like. But it is one way to interpret the Constitution’s imprecise language, and in fact it is what has been done. Congress has declared war only five times, though in

If the choice is the federal government versus world government/ libertarians have to make common cause with the nationalists.

the Vietnam, Gulf, and Iraq wars it authorized war without declaring one. (Yoo thinks these authorizations were not necessary.)

That is the problem. The president makes the sales pitch for war, decides 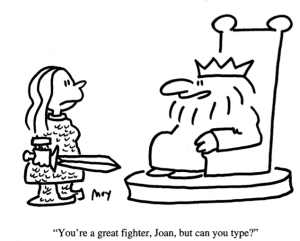 when a sale is made, and sends the soldiers off to fill the contract, leaving Congress with the moral obligation to Hsupport our troops.” With another people and another way of thinking, the power of the purse might be enough. With the American people, it isn’t.

I am uncomfortable with Yoo’s analysis of the war power; there is some gray area in it, and he allocates all the gray to the president. Then I think of early 20th-century justice George Sutherland, one of the most libertarian of the time. In the 1930s he heroically resisted the New Deal, but in the famous Curtiss-Wright case he took the same line as Y00 about the foreign- affairs power.

Next, Yoo considers the treaty power. The Constitution says in the Supremacy Clause that treaties are “the Supreme Law of the Land.” To many at the time of the framing and ratification, that was a troubling idea, because it seemed to allow domestic law to be created by the president in negotiation with a foreign power, subject only to an after-the-fact approval of two-thirds of the Senate. The Federalists and the Anti-Federalists did not argue much about the war power, but they fought hard over this. The argument ended with the Federalists assuring everyone that treaties were not “self-executing.” In order to take effect inside the United States, treaties would require Congress to implement them through legislation, and Congress could decide to ignore them instead.

Well, then, how could treaties still be the law of the land? Look at the context, Y0 0 says. The Supremacy Clause is in Article VI, which has to do with the relation of the national government to the states. The full statement is this:
“This Constitution, and the Laws of the United States which shall be made in Pursuance thereof, and all Treaties made, or which shall be made; under the Authority of the United States, shall be the Supreme Law of the Land; and the Judges in every State shall be bound thereby, any Thing in the Constitution or Laws of any State to the contrary notwithstanding.”

It means, Yoo argues, that a state cannot nullify any part of a treaty. That is clear. It also means that federal law (or the lack of implementing legislation) can effectively nullify a treaty, as can the Constitution. That is not so clear. The text doesn’t say that, but Yoo argues that it has to be interpreted that way in order to maintain the balance of powers. Otherwise the treaty acceding to the United Nations might mean that the power to make a non-self-defensive war, such as President Clinton’s bombing campaign against Serbia, had been ceded to the U.N. Security Council. Another treaty might mean that Americans could be tried in the International Criminal Court for offenses, and under procedures, not in American law. A treaty might mean that an international agency could decide, without asking Congress and without U.S. warrants, to inspect U.S. chemical plants for evidence of weapons of mass destruction, or that another global bureaucracy could limit how much energy individual Americans could use.

Here is where Yoo’s nationalism becomes interesting to libertarians. They have been arguing for decades against the expansion of federal authority, and for the power of the states and, particularly, individuals. But if the choice is the federal government versus world government, the libertarians have to make common cause with the nationalists.

That is a new thing. Libertarians look back at the Constitution as it was before the New Deal, as in Randy Barnett’s “Restoring the Lost Constitution.” But the biggest issue may not be restoring the Constitution that was, but keeping the one that’s left. Hollowed-out as it may seem, today’s Constitution is a robust instrument compared with an internationalized world. Look at what has happened to Germany – no more Deutschmark! – and the pressures on Britain.

Non-self-execution was once a cause of the Old Right. In the decade after World War II, the United States joined the United Nations, the International Monetary Fund, the World Bank, and the General Agreement of Tariffs and Trade. President Truman received permission from the United Nations, not Congress, to make war in Korea. The Left was pushing for the self-execution of treaties, starting with the UN Convention on Human Rights. A Supreme Court case from 1920, Missouri v. Holland, also seemed to endorse self-execution. It was only about birds, but it was disturbing anyhow. And so Sen. John Bricker (R-Ohio) responded with the Bricker Amendment, a proposed addition to the Constitution that explicitly said treaties were not self-executing. President Eisenhower opposed it, and in 1954 a version of the Bricker Amendment failed, by one vote, to pass with a two-thirds vote of Congress.

Yoo never mentions the Bricker Amendment. But he notes that in current practice, treaties are judged to be non-self-executing. “Self-execution,” he writes, “would vest in the executive branch a legislative power broader in scope than Congress’s. Non-self- execution, in contrast, harmonizes treaties with constitutional structure and maintains the important distinction between foreign relations and domestic lawmaking.”

The legal Left tends to argue that congressional-executive agreements are interchangeable with treaties: any question can be handled under either form. Yoo disagrees. Treaties can be about pretty much anything, but congressional-executive agreements, he argues, have to be about something that lies within Congress’ enumerated powers. The most obvious such power, regarding international affairs, is commerce. It

is okay that the NAFTA and WTO agreements were approved by simple majority votes, because they are commercial agreements. A treaty on pollution might be approved that way, because it can be argued that pollution is connected to commerce, but a convention on crime, or police procedures, or human rights, could not. It would have to be done by treaty, and would be non-self-executing.

Yoo comes to an intriguing conclusion. At the end of his book, he compares the push for international law today with the push for federal law during the 1930s. Then the Supreme Court was sticking up for the states, and buckled under a landslide national election endorsing the New Deal and Franklin Roosevelt’s threat to pack the court. The “bloodless constitutional revolution” of 1937 was disruptive, and the extra-legal way it was done still throws “the legitimacy of elements of the New Deal revolution” into doubt.

Something like that could happen again, Y0 0 says, regarding the push for international law. One side will argue that we take what international law we want, and ignore the rest. The other side will argue for sweeping acceptance. The focus this time will not be the Commerce Clause but the Treaty Clause. In a larger sense the question will be the same: power, what it consists of, who wields it, and how it may be controlled.