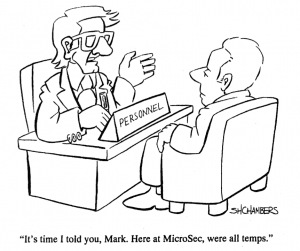 was almost laid low by a rogue pretzel. During the course of a football playoff game Mr. Bush apparently became so excited that he forgot to chew before swallowing. Irregularly shaped pretzel pieces bounced around his throat like the fractured syllables of an Oval Office speech. The result was temporary loss of consciousness (but how could anyone tell?) and a nasty fall.

Fortunately, the president pulled through, but the event reminds us that the War against Terrorism has been only half-waged. It’s not enough to fend off radical Islam; we must also meet the threat of unregulated gluten. According to highly placed sources, Attorney General John Ashcroft is already drawing up legislation to allow the peremptory seizure and indefinite sequestration of suspicious snack products. And none too soon: The Surgeon General reports that some 90% of people who start off eating pretzels eventually turn to peanuts, a product that has sent many more people to the morgue than anthrax spores.