Will the economic boom continue?

Preliminary indications are that the first quarter of 2006 will experience 4% annualized economic growth or more. That’s not too shabby.

Unemployment of less than 5% is effectively full employment for people who are seeking work and are employable. Individuals are much more likely to change jobs now than they were in the past, and the workforce includes many who would not have been in it in the past. The unemployment rate among married heads of households is under 30/0.

To thoughtful observers of the economy) the most concerning trend is, perhaps, the big increase in foreign debt in recent years. But at least two points are worth noting here.

Second, and perhaps more importantly, China and the other emerging Asian economic powers have rapidly expanding economies. For years if not decades to come, they will seek more financial-economic reserves, including (and perhaps especially) dollars.

In short, there is no reason why the current U.S. foreign trade deficit is not sustainable for years to come. As long as foreigners are willing to invest in American securities, Ameri- can interest rates will stay low, irrespective of what the Federal Reserve Board does – and the Fed seems likely to end its campaign to raise short-term interest rates in the next few months. Look for the American and world economic booms to continue and maybe even to accelerate. 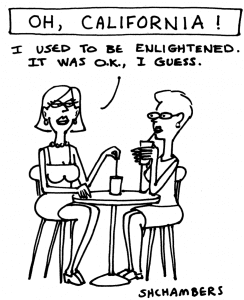 Alan Ebenstein is author of "Friedrich Hayek: A Biography" and an adjunct scholar of the Cato Institute.
View all posts by Alan Ebenstein