In total, Bloomberg must have spent $100 million on his NYC campaign – a hellavan investment for a bum job.

dough has a good chance of winning a free election. But rather than desire the cushy job of a U.S. senator, which can’ be kept into one’s nineties, Bloomberg wanted to be New York City’s mayor, which is a far more consuming, inevitably briefer position, now limited by law to two terms. A billionaire with a successful company, which Bloomberg created mostly by himself in his own name, he wanted to head another, more problematic company with an alien moniker. Less likely to survive a Democratic primary, he became a Republican and won in spite of minimal support from his chosen party. On the face, most would agree, this guy Mike gotta be nuts. Even though I normally support Libertarians, I voted for Bloomberg, not on the Republican line, which would have been unthinkable for me, but on a 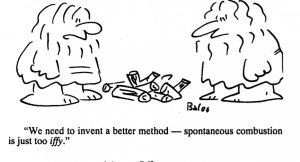 third-party line intended solely for Mike to get votes from people with an allergy similar to mine.

Bloomberg spent a lot more money than Corzine did – not only during the year of the election but, more crucially perhaps, before it, circulating his name into every available corner of the city.

Before me is a rich black T-shirt distributed free two springs ago at a free installation at the 26th Street Armory by the Russian emigre artist Ilya Kabakov and his wife Emilia. On the front the shirt has in white letters the artists’ names and the title of their art work in both English and Russian. On the back, also in white, it reads: “sponsored by Bloomberg 2000.” I picked up a few of this high-quality T- shirts on the last day of the exhibition and when I wore them often during the next two summers, little did I think that I was unwittingly advertising the next mayor on my back. So did many others, for Bloomberg had strategically implanted his name on many other city projects as well. Not for nothing was Bloomberg’s appointment as deputy mayor the woman who supervised his pre-election philanthropy. In total, he must have spent nearly 100 million bucks, which is a hella- van investment for a bum job.

Now that you’ve won the prize, Mike, what are you gonna do with it? Damned if I know. During his opening week, he distanced himself from his predecessor, Rudy Giuliani, by postponing Rudy’s concluding project to arrange for the construction of more sports stadia in the city. As he established his own empire largely without government largess, he’s apparently not enthusiastic about corporate beggars.

What’s next? More challenges from those accustomed to getting their way with the city government – not just the owners of sports teams but the unions and the real-estate developers. My sense is that as a veteran businessman he knows how to deny supplicants, no matter how vehemently they badmouth him. If he does nothing else, especially in bad fiscal times, such resistance might rank him a success. On the other hand, whatever initiatives he will take as mayor I cannot predict now, but I think they will probably surprise everyone.

So far I see few signs that he’s running for re-election, which is something every winner wants as soon as he takes charge. Nor has he initiated policies that would obviously benefit his own company, from which he refused to divest his holdings. All this reluctance to be a normal politician leads me to believe that perhaps the most serious danger of a Bloomberg administration is simply that Mike might quit and go back to running his eponymous biz, which has to give him fewer headaches, simply washing his investment away. Mark my words.