It is always nice to find something to celebrate about the new year. So I can’t help but mention the announcement by Sen. Chris Dodd (D-CT) that he is not going to run for reelection.

I have written before about this solon. Suffice it to say that he served a very long time in the Senate, and he did a lot of damage. He is complicit – along with his counterpart in the House of Representatives, Barney Frank (D-MA) – in allowing Freddie Mac and Fannie Mae to become the Twin Towers of Loser Loans, the loans that brought our economy to its knees. And, along the way, Dodd acquired quite a reputation for questionable real-estate deals.

What made him resign? No doubt here: polls showed that his numerous scandals had made him disgusting even to the highly liberal electorate that customarily reelected him. Surveys showed him trailing the likely GOP nominee.

And a particularly despicable scandal was coming to light at a particularly uncomfortable time. The Washington Examiner reported (Dec. 28) that earlier in 2008 Dodd had proposed an amendment to a bill that would have taken $4.5 million away from the funding of airport screening and use it to fund firefighter grants. It turns out that among Dodd’s greatest supporters are firefighters’ unions. This naked act of rent-seeking became a scandal because the week in which it was reported just happened to be the week after an Islamist terrorist from Nigeria nearly killed 300 passengers on a flight from Amsterdam. 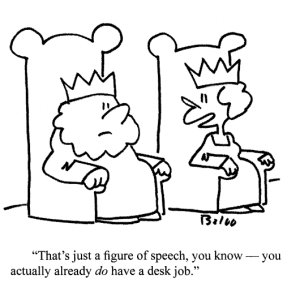 One suspects that the Democrat party leadership – Majority Leader Reid in particular – must have offered some significant inducement to get. Dodd to announce he would not run again. After all, this makes it possible for the Dems to field a candidate with a good chance of winning the seat. Just what that deal was, we11 probably never know. But at least this especially vile toad will be gone. Thank heaven for small favors.

Gary Jason is an academic philosopher and a senior editor of Liberty. His latest books are "Cinematic Thoughts: Essays on Film and the Philosophy of Film," and "Purchase, Power, and Persuasion: Essays in Political Philosophy," both available through Peter Lang Publishing.
View all posts by Gary Jason