It took the death of the mighty Enron Corp. to ultimately bump the war on terrorism from page one. And right on cue, pundits searching for deep moral lessons shifted focus and started circling overhead.

Though it will take months to unravel the facts about Enron’s demise, a consensus account is already emerging in much of the media. Enron’& rise and fall – and indeed, its existence to begin with – are being viewed as what economists refer to as “market failure,” or cases when markets need the helping hand of government regulation to function properly.

Examples of the “Enron consensus” abound. Paul Krugman, The New York Times’ quasi-economist, is representative: “The latest revelations in the Enron .affair will raise the lid on crony capitalism, American style.” The Nation was a bit more dramatic: “The rise and fall of Enron is an instant classic in the annals of capitalism because, in one calamitous stroke, it wipes out so many sanctified illusions that rule in the magic marketplace.” Conservative George Will dismissed Enron as “a glitch in the capitalist system.” And a myriad of sneering op-eds in local papers everywhere painted an image of a firm too sexy and politically savvy to possibly be governed by market forces.

And, just like that, Enron was transformed into a sexy new symbol of the evils of the unfettered marketplace – exactly what contemporary opponents of liberalism needed. In one fell swoop, Enron’s collapse did more to soil the image of Wall Street, the movement to deregulate power, and the entire accounting profession than ideologues on the left could’ve ever hoped to do.

All this is unfortunate. But the worst part is that these ideologues are partly·right. The Enron debacle is shameful. It’s not often that businesspeople so smugly disregard our most basic ethical and legal norms for personal gain. From Enron’s murky accounting schemes to independent auditor Arthur Andersen’s neglect and document dumping to C.E.O. Kenneth Lay’s panicked last-minute appeals for a taxpayer is an embarrassment to the whole bailout, the Enron story system of free enterprise.

Yet for all the grief caused shareholders, employees, and customers, the story of Enron has a happy ending that’s largely being ignored. The very fact of Enron’s painful and embarrassing death is an unambiguous confirmation that competitive market forces are alive and well in the U.S. economy – claims of “market failure” notwithstanding.

The Case for Bankruptcy

Three basic lessons are emerging from the rubble that used to be Enron. First is that healthy economies allow negative feedback to shut down economic losers. They don’t try to suppress it to “save jobs,” play favorites, or promote stability.

Enron got a hard lesson in this. As negative feedback rolled in, they went from being the seventh-largest firm in America to ignominious bankruptcy in half a year. Though on the surface this collapse seemed sudden, in reality it had been brewing for over a year. As Wall Street analysts began raising questions about Enron’s spooky accounting methods and the quality of their earnings, its stock drifted downward. Enron began 2001 at around $80 but sagged to $40 by October – the month when it announced a $600 million “earnings restatement” and some accounting “mistakes,” kicking off an investigation into its now-famous book- cooking. Once it became clear that their superhuman earnings growth was just a rococo con game, investors dragged Enron into the street and shot it. In a matter of weeks, their stock went to pennies, was officially delisted from the New York Stock Exchange, and all remaining assets were trucked into bankruptcy proceedings. That’s how negative feedback is supposed to work.

That Enron disappeared once it was identified as an economic loser may seem trivial. But in much of the world it’s not. The notion that poor investments should get weeded out and dropped is surprisingly controversial in many European and Asian economies. And it explains a lot about their economic well-being.

One obvious example of this is Japan. The single most important factor behind Japan’s perpetual recession is that it

Once it became clear that their superhuman earnings growth was just a rococo con game, investors dragged Enron into the street and shot it.

won’t let bad investments fail. Enron would never have happened if it had been headquartered in Tokyo. And that’s exactly their problem. No matter how many billions of yen the Japanese Finance Ministry pours into Keynesian stimulus packages, or how close to zero it cuts interest rates, there will never be a Japanese recovery until the real problem is dealt with. Economically unprofitable firms that are burning off resources from the rest of the Japanese economy need to go away.

This isn’t likely to happen any time soon. Propping up lagging firms has practically become an official function of the Japanese government, and one which voters have come to expect and .value. After all, disguising economic losses puts off painful adjustments, preserves jobs, and gives the illusion of short-term stability.

This policy has had staggering consequences. There is now an entire generation of Japanese youth who have never 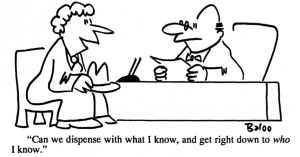 lived outside a recession. The current estimate of nonperforming Japanese bank loans – in other words, loans on which borrowers are unable even to pay interest, let alone repay capital – is in the range of $750 billion. That’s an amount equal to the GDP of Chile, Taiwan, Belgium, and then some. The American Enterprise·Institute pegs the market value of the entire Japanese banking sector at a cool negative $1 trillion dollars.

This is predictable. Over time, “loser-free” economies like Japan’s inevitably become cluttered with losers, and these unprofitable laggards burn off real wealth from the rest of society. These economic sinkholes can be put to rest now or later, but not never. Subsidies only postpone the ultimate day of reckoning. And the longer it’s put off, the more jar- . ring the adjustment will be.

Japan doesn’t need a stimulus package. It needs bankruptcies. That’s the only way idle capital can be reallocated to profitable uses. The U.S. economy does this well, and Enron’s rapid liquidation proves it.

The second lesson of Enron is simple: Business ethics matter. They are not just window dressing or “fuzzy” public.: relations gimmicks. They are what help our economy function in the absence of government intervention, and make it morally defensible against critics.

Defenders of free markets sometimes overlook the impact of individual morality on the marketplace. There’s a tendency to view markets as wild arenas of ethical egoism, constrained only by formal legal rules. This may be due to bad economists not teaching the difference between self-interest and selfishness, or maybe too many people thinking Ayn Rand’s novels depict anything like what actually happens in

The $2.4 million Enron poured into political campaigns in 2000 may win the dubious distinction of being their worst investment of all.

Whether these ethical values are called “Judeo-Christian” or simply “Western,” they operate in every legitimate market in the U.S. – simple things like honesty, the presumption of fairness, and promise-keeping. The further we stray from these basic ethical guidelines, the more everything we know about free-market economics becomes false. And our faith in that market becomes more of a blind one.

Enron had no illusions about its fraudulent dealings. The release of internal memos – in one of which an employee worried that they would “implode in a wave of accounting scandals” – made that clear. There is perhaps no industry more dependent on transparency and informal ethical rules than accounting, and yet Arthur Andersen, Enron’s independent auditor and co-conspirator ordered the destruction of reams of incriminating documents.

It’s reassuring that so many investors put their cynicism and moral relativism·aside long enough to mercilessly pummel Enron for its transgressions. And it all happened in the unregulated marketplace – just as free-market advocates predicted it would.

The final lesson of Enron is probably the most surprising. And as the facts unravel it may ultimately turn out to be illusory. But for now, it’s reassuring that in an age when White House bedrooms and presidential pardons have their price, the Bush administration isn’t offering a taxpayer bailout. Or helping arrange credit from banks. Or doing much of anything else except issuing subpoenas and distancing them,;, selves from Enron’s fallout.

It appears that having a web of Beltway connections in both parties and being the single biggest contributor to President Bush’s political campaigns wasn’t enough to buy Enron an economic bailout. It’s sweet justice that the company that lobbied so heavily for power deregulation is now being left to its own devices in that market. The $2.4 million Enron poured into political campaigns in 2000 may win the dubious distinction of being their worst investment of all.

Treasury Secretary O’Neill showed unusual clarity of thought regarding the Enron debacle in an appearance on “Fox News Sunday.” “Companies come and go,” he said, adding that” part of the genius of capitalism” is that” people get to make good decisions or bad decisions. And they get to pay the consequences or to enjoy the fruits of their decisions. That’s the way the system works.” That may go down in history as the single most sensible remark ever uttered by a government employee.

And so, the story of Enron may end happily. Sort of. The bad guys lose their shirts, California Gov. Grey Davis gets his wish about Kenneth Lay sharing an ‘8×10’ cell with a guy who says “Hi Honey, my name’s Spike,” and free-market economics still holds. This may not mean much to the employees whose 401(k)s got vaporized, but it’s good news for defenders of free markets. More importantly, it’s bad news for those peddling the bogus story of Enron as a case of “market failure.”