Who is John Galt? Apparently he is not going to be Brad Pitt. After waiting nearly half a century for the perfect script, perfect cast, and perfect director, fans of “Atlas Shrugged” may now be asking “Who is Paul Johansson?” when they hear the news that this little known television actor has been tapped to star in and direct Ayn Rand’s 1,200 page magnum opus. Like it or not, it’s a done deal: filming began June 13, and it wrapped five weeks later.

Taylor Schilling, whose only credits include an indie film that didn’t make it into wide release and a role on the canceled TV show, “Mercy,” will play Dagny Taggart. Grant Bowler, who plays Henry Rearden, has appeared in films with names like “The Killer Elite,” “True Blood,” and “They Bleed on Both Sides.” Johansson, who will direct and play John Galt, is another TV lightweight, whose credits include a long list of minor roles in minor TV shows and occasional movies over the past 20 years; his biggest film was “The Notebook,” but he played “Allie’s

Mom’s ex-boyfriend” for heaven’s sake! Johansson’s directing experience is limited to a few episodes of the cable show “One Tree Hill” and a couple of made-for-TV movies, one of which, to be fair — an after-school special called “The Incredible Mrs. Ritchie” — won two Daytime Emmys for writing and directing. These credentials are not very encouraging for a film that has been 50 years in the making.

What gives? Atlas has shrugged numerous times as this novel has made its fitful way to the screen. In 1972 Rand was approached by Albert S. Ruddy, who was riding high on the success of “The Godfather” (1972), to adapt her novel for the big screen. But when, as one might expect, Rand insisted on maintaining final approval of the script, Ruddy withdrew his offer. Six years later, when miniseries were all the rage, Henry and Michael Jaffe suggested an eight-week television deal with NBC (probably the best format for such a long and intricate plot), and this time Rand approved the script. But before production could begin, leadership at NBC changed hands, and new honcho Fred Silverman cancelled the deal. 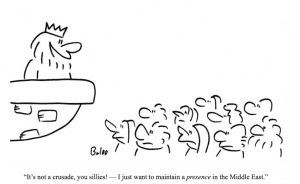