The Bush administration’s decision to abandon its free trade position to protect the domestic steel industry is distressful. Even Clinton didn’t give in to this special interest pleading. But it appears that taxing consumers to help the steel unions is more important than letting the free market work, at least to the Bush team.

The decision was totally political. The last election was close. Bush barely carried Ohio and West Virginia and he narrowly lost Pennsylvania. Restricting steel imports is expected to improve his prospects in these states in 2004. It goes without saying that politics always trumps economics in Washington. 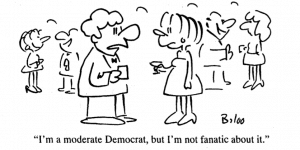 Whether this turns out to be good politics remains to be seen. Bush’s move undermined his stance on trade here and abroad and triggered outraged cries from the European Union, Brazil, and other nations – and may yet trigger·a response of further trade restrictions. Certainly, it will encourage other U.S. businesses to seek protection, every one of which will make America a less prosperous place.

And he didn’t have to turn to protectionism to cover his political rear. The trade laws permit the president to offer any type of relief to a distressed industry. He could have suspended some of the more costly environmental regulations affecting the steel industry. Bush is a good communicator. He could have given a useful talk explaining that trade protection is wrong, akin to banning German or Norwegian contestants from participating at the recent Winter Olympics. Sure, we’d win more medals but it would reduce the value of the games.

Besides, we’re already in one war; the last thing we should be doing is triggering a trade war.