President Obama’s decision to travel to Florida to announce federal grants to the states for high- speed trains on the day after his State of the Union address is laden with irony. He claims that high-speed rail is good for the environment, but he apparently failed to read the 2005 environmental impact statement for Florida’s high-speed rail, which concluded that the environmental costs of building it are greater than the benefits.

This conclusion (plus the outrageously high cost) convinced Florida not to build it. But when Obama offered to have federal taxpayers cover half the cost, Florida’s Republican governor said, “to heck with the environment – take the money!” Or maybe he never read the environmental impact statement either; in any case, he strong armed a special session of the legislature to approve matching funds.

Autos can be more efficient than trains because even light- weight trains like the French TGV typically weigh three times as much per passenger as a typical automobile. Accelerating that extra weight to high speeds requires tremendous amounts of energy, which can generate tremendous amounts of pollution. Considering anticipated improvements in fuel economies, by 2025 the average car on the road will use less energy and emit less pollution per passenger mile than high-speed trains.

Lyndon Johnson once said he couldn’t get members of Congress to swallow an entire bottle of whiskey, but he could get them to take a sip, and then another sip, and pretty soon the bottle would be gone. That is President Obama’s approach to high-speed rail: the $8 billion is the first sip of a bottle that could cost taxpayers a hundred times more.

Before the states submitted their grant applications, I estimated that Obama’s 8,500-mile plan, including 7,500 miles of moderate-speed (llO-mph) trains plus 1,000 miles of high- speed (150-220-mph) trains in California and Florida, would cost about $90 billion. Running true high-speed trains on all routes in Obama’s plan, plus a few obvious routes that had been left off, would cost an estimated $550 billion.

My estimates, however, seem to be low, since the preliminary grant applications – which did not cover all the routes in the Obama plan – totaled nearly $105 billion. Meanwhile, Burlington Northern Santa Fe CEO Matt Rose testified to Congress that a national system of true high-speed rail would ultimately cost $1 trillion. He probably included more miles than were in the Obama plan and possibly also counted cost overruns, which typically run about 40% for government rail projects.

Most recently, Oregon Rep. Peter DeFazio, chair of the House Transit and Highways Subcommittee, offered an estimate of $700 billion for a national system of true high-speed rail. While he called this “unimaginably expensive,” he added that it was “the same amount of money that Congress gave in one day to Wall Street.” Trying to make it sound affordable, he hopes you won’t remember that Congress never gave Wall Street anything; it was almost all loans, and most, if not all, will be repaid.

There is further irony in Obama’s claims that he wants to protect the middle class and soak the rich. Middle-class tax- payers will get to pay for high-speed rail, yet few of them will ever use it.

The week before Obama’s announcement, I made a trip from New York to Washington. When I purchased my ticket, the fare on Amtrak’s high-speed Acela was $155. I choose instead to take Megabus, which charged only $15.50. Megabus and other bus companies offer free WiFi; Amtrak has NoFi. To be fair, Amtrak fares start at $133 with enough of an advance purchase, but Megabus fares start at $1 (yes, $1). Few members of the middle class who have to pay for their own tickets will part with more than $100 to save 90 minutes on the high- speed train.

The final irony is that Obama’s rail announcement came the day after Steve Jobs presented Apple’s iPad to the pub- lic amid a wave of almost hysterical publicity. Apple thrives on producing innovative products that do things few had thought of doing. Obama’s high-speed trains are essentially a 1930s technology that will contribute little to American mobility. Also, if you don’t want an iPad, you don’t have to pay for it. 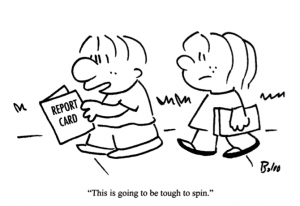 So what states got how much money?

• $2.344 billion to California, partly to improve the LA-San Diego corridor from 90-mph to 110-mph, increase frequencies in the Oakland-Bakersfield corridor, and relocate a little track in Sacramento and Davis. Any money left over after these projects are funded can go to California’s 220-mph dream train.

• $1.25 billion to Florida for the only true high-speed rail in the program outside of California, a 168-mph route all the way from Orlando to Tampa, about 84 miles.

• $1.191 billion ($706 million of which comes from Amtrak stimulus funds) to make various improvements in the Northeast: Philadelphia-Pittsburgh, Boston-Portland, New Haven-Springfield, Buffalo- Albany, Boston-Washington, and a few other minor routes, none of which will significantly increase speeds or frequencies.

• $1.133 billion for Chicago-St. Louis – about a third of what Illinois requested – to increase frequencies from 5 to 8 trips a day and increase average speeds from 52 to 68 mph.

• $823 million to establish passenger service between Milwaukee and Madison at top speeds of 79 mph.

• $598 million to Washington state to increase frequencies between Seattle and Portland from 5 to 8 trains and increase speeds by about 5%.

• $620 million to boost speeds in the Charlotte-Raleigh corridor to 90 mph and increase frequencies from 2 to 8 trains.

• $400 million for three 79-mph trains a day from Cleveland to Cincinnati.

• $244 million for improvements in the Chicago-Detroit corridor, mainly aimed at improving reliability and reducing rail congestion.

• $4 million for grade crossing improvements between Austin and Ft. Worth.

The good news is that, except in Florida and California, the money will not build much in the way of new rail lines and therefore will not impose long-term obligations on taxpayers to maintain and operate those lines. The main new obligations outside of Florida are in Illinois, North Carolina, and Washington, where the grants include funds for new trains for more frequent service; and in Wisconsin, for new service to Madison (at conventional speeds).

The states will have to shoulder much of the cost of operating those new trains, which may temper the future demand for capital funds. And Florida’s high-speed line, if it ever gets completed, is likely to be a flop: few will trade the flexibility of having their own car to save a few minutes on an 84-mile trip.

The big question is what this means for California’s ambitious 220-mph rail plan. The state has always assumed that the feds would cover half the costs, which means at least $23 billion and more likely $30 billion or more. The $2.344 billion is thus barely 10% of what the state hopes for, and the fact that much of the money is dedicated to improvements of existing lines, not building a new line, means the state may have to rethink its plans.

The bad news is that the Federal Railroad Administration’s most recent map of planned high-speed rail routes added lots of new lines, including Cheyenne-EI Paso, Phoenix-Tucson, Chicago-Omaha, Kansas City-Oklahoma City, Louisville- Atlanta, Memphis-Little Rock, Orlando-Jacksonville, Austin- Houston, and Albany-Montreal. This pushes the total to almost 13,000 miles and encourages more states to pressure for funds for their own raildoggles. Curiously, there is still no route from Houston to Dallas, a result of lobbying from Southwest Airlines, which operates 28 roundtrips a day in that corridor.

Despite these new routes, it is still hard to call the plan a national network. Rail advocates believe that high-speed rail is most competitive in densely populated 100- to 600-mile corridors (though”competitive” is used advisedly when Amtrak’s Acela carries litHe more than 10% of the common-carrier passenger traffic in the nation’s densest corridor). So the FRA’s rail plan is really just a series of corridors with increasingly marginal value. For some reason, Albuquerque to El Paso and Kansas City to Oklahoma City are considered viable corridors, but Buffalo or Pittsburgh to Cleveland and Omaha to Denver are not, so there is no through high-speed route from New York to Chicago or Chicago to the West Coast.

Politically, of course, the economic value is irrelevant. I’ve always said that high-speed rail would reach the height of absurdity when people started talking about a high-speed rail route from Fargo to Missoula. We’re almost there: a day after Obama’s announcement, Montana Senator Jon Tester sent Obama a letter reminding him of the need to “expand rail ser- vices in rural states like Montana.”

The really bad news is that much of the $8 billion is likely to end up in the hands of lobbyists who will work hard to gain more billions for future projects. As DeFazio notes, the states that got the biggest grants were the ones that had finished their environmental reports – whatever they said. So states that got smaller (or no) grants are likely to hire consulting and engineering firms to write more such reports, and those companies in turn will create websites and front groups to lobby for more federal construction money.

Obama says that we need to catch up with countries whose trains are faster than ours. If French horses and buggies were faster than ours, would he want to spend billions of dollars on a buggy-whip technology race? We already have a technology twice as fast as the fastest high-speed trains: it is called the jet airliner.Unlike high-speed rail, the airlines don’t require huge subsidies. While subsidies to high-speed train riders will exceed 30 cents per passenger mile, federal, state, and local subsidies to air travelers average around a penny per passenger mile – and much of that goes to out-of-the-way airports where local officials fleece taxpayers in usually ill-fated efforts to promote economic development.

Rail advocates point out that high-speed trains can compete with airlines in downtown-to-downtown service. But central- city downtowns host fewer than 8% of American workers – mainly bankers, lawyers, and government bureaucrats. These people, whose incomes tend to be higher than average, hardly need a high-speed subsidy at everyone else’s expense.

Obama has touted high-speed rail as the next Interstate Highway System. But the interstates paid for themselves out of gas taxes and other user fees; subsidies to other high- ways total less than a penny per passenger mile. The average American travels 4,000 miles and ships 2,000 ton-miles per year over the interstates, vastly more than the use we will ever put to high-speed rail.

The interstates have succeeded because they enable people to go where they want to go, when they want to go there. High-speed rail will reach far fewer destinations and will only go when some government agency decides to run the trains.

Finally, Obama emphasized the jobs that rail construction will create. But considering how.much engineering work is needed before construction can actually begin on any of these rail lines, most of those jobs will arrive too late to stimulate the economy out of the current recession. And considering how few people will ride the trains, he might as well spend tax dollars on digging holes and filling them up.

At a time of rising deficits, America can’t afford to dedicate tens or hundreds of billions of dollars to an obsolete technology that is good for neither the environment nor personal mobility. Congress should put an immediate freeze on any further spending on high-speed rail.

Randal O’Toole is a land-use and transportation policy analyst with the Thoreau Institute and author of American Nightmare: How Government Undermines the Dream of Homeownership.
View all posts by Randal O'Toole