Welcome to Future World, where the average income is $100,000 a year and people need only a 20-hour work week to earn it. Since the present day, medical science has progressed even faster than income. There are bionic limbs; gene-specific therapies to cure cancer, heart disease and other ailments; cell regeneration; anti-aging drugs; and all manner of other improvements that could – if fully used – extend life spans to 125 years.

The problem is that taking full advantage of all these technologies would exhaust the entire gross domestic product. Insuring against all contingencies would require a premium equal to 100% of average income.

So how does Future World deal with this problem?

Years earlier, the residents of Future World found a solution that works very well. It turns out that no one wanted to spend all of his or her income on healthcare. So no one did. But people differed in what health outcomes they most preferred. Some placed a high value on maximizing years of life. Others were willing to trade shorter life spans for superior health outcomes while they were alive. Some rejected the idea of bionic limbs. For religious reasons, some rejected organ transplants. So Future World began allowing people to purchase both directly and through insurance whatever health services they chose. As it turned out, almost everyone chose something different.

(Interestingly, very few people in Future World buy the type of insurance that pays for largely futile care at the end of life, the way Medicare does today; though some people pay large sums on such care out of their own pockets.)

There are basically two categories of third-party insurance in Future World. Based on a 20th-century proposal by John Cochrane, people initially buy a policy covering a set of risky events for a healthy person, and a second plan that covers changes in health status. If a person gets cancer, for example, the first plan pays for immediate treatment. The second plan allows the insured to pay the higher premiums that will be charged in future years to cancer survivors (preexisting condition premiums) if they shop for another insurance policy.

Unlike President Obama’s early-21st-century vision of a market in which an individual’s insurance premiums are never based on health status and expected costs, in Future World premiums are always based on health status and expected costs. And people insure in a way that allows them to pay high premiums if their health conditions take a turn for the worse. In Obama’s world, insurers have an incentive to attract the healthy and avoid the sick, prior to enrollment, and after enrollment to overprovide to the healthy (because they are profitable) and underprovide to the sick (because they are unprofitable). In Future World, by contrast, the unhealthy are just as attractive to health plans as the sick – if not more attractive.

People also self-insure in Future World by making deposits to Health Savings Accounts. Unlike today’s HSAs, these are after-tax (Roth-type) accounts with no limit on contributions. Although the accounts are completely flexible (they can wrap around any third-party plan), people mainly use them for primary care, preventive care, diagnostic tests, palliative care, and chronic care.

Very early, Future World deregulated the market for health services, encouraging providers to compete for patients on the basis of price and quality. Such competition quickly led to price and quality transparency (posted prices and easily available data on quality). This means the prices people pay tend to reflect real resource costs – a big difference from the former system, in which no one ever faced a real price for anything in healthcare. The process was further aided by converting health insurance to the casualty model, similar to the kind of insurance most people have on their homes and automobiles. After a diagnosis of a condition, insurers make an appropriate sum of money available to the patient to cover the cost of care. But patients control the money and make buying decisions, even for very expensive procedures.

To prevent people from becoming complete free riders, consuming all their income and then relying on the generosity of their neighbors if they get sick, residents of Future World are encouraged to obtain a minimum amount of health insurance through the tax system. For the first $10,000 of insurance they buy, they receive a dollar-for-dollar tax credit – a system first proposed by John Goodman and Gerald Musgrave back in the 20th century. (The credit varies a bit by age, and there are lower amounts for young children covered by their taxpayer parents.) Everyone is still free to forego insurance; but if he does so, his tax bill will be higher. Since this is an offer one cannot afford to refuse, there are hardly any people 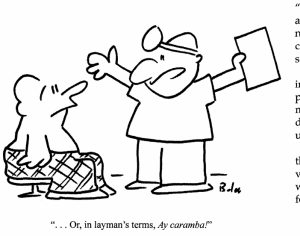 who are completely uninsured in Future World. The few who remain so·are expected to pay their medical bills when they get sick. If they lack the ability to do so after exhausting their own resources, doctors and hospitals can draw on a fund that uses as its seed money the extra taxes paid by the uninsured. But this type of care is rationed care, and it is truly charity care, in the sense that the uninsured patient is not entitled to any particular kind of medical service.

Future World healthcare has three features that are often considered abhorrent in our own era:

1. Almost all rationing decisions are made by patients, based on their own preferences and their own financial resources.

2. Health insurers are completely free to price and manage risk in competition with one another.

One way to describe Future World is to say that it gets the economics right. People choose what they want. And they pay for what they get. So Future World satisfies the economists’ desire to maximize utility, produce efficiently, avoid waste, and so forth. However, Future World faces a continuing moral dilemma.

Each day there are deaths in Future World that could have been prevented if only the appropriate technology had been applied. In a sense, there are also many unmet medical needs – needs that are considered too expensive to fulfill. Question: Is allowing this state of affairs morally permissible?

People in Future World have answered yes, for three reasons:

(1) They cannot save every life or treat every need, because they don’t have the resources to do so, (2) Those who failed to purchase life-saving technology or failed to insure for it, did so because they valued other uses of those dollars (other consumption) that had to be forgone by those who chose to purchase more insurance instead. Reversing those decisions after the fact for those who experienced bad luck seemed unfair. (3) Choosing to save some and not others also seemed arbitrary and unfair.

This state of affairs was comfortably accepted for many years. Then, one day, it was challenged by a Princeton University ethicist. “There is no social solidarity here,” he said. “This is laissez-faire individualism and it produces unacceptable outcomes. These decisions should be made collectively, not individually. Everyone should have identical insurance covering identical services. Any two individuals with the same health condition should have the same outcome.” He didn’t deny the fact that he was calling for the rationing of healthcare. Nor did he deny that, with his principles in place, there would be many preventable deaths and many unmet needs. But, he said, “Society as a whole should decide who lives and who dies and which needs are met and unmet.”

Initially, some found this argument persuasive. But when they investigated how his idea would work with majority voting, they discovered that no matter what insurance plan was proposed, a majority always preferred something different. Even if a plan could be found to satisfy a majority, large minorities would want something different, and no one could think of a good reason to deny the minorities what they wished. When pressed on whether there was any collective decision-making algorithm that could reliably improve on the system they already had, the ethicist couldn’t produce one.

But the ethicist made another point, which was more troubling: “People who earn less than the average income are buying skimpier insurance packages and putting less into their health savings accounts because they cannot afford better.”

“Wrong!” said a Stanford economist. “Poor people could spend more on healthcare, but they choose not to. We live in a prosperous society because people’s incomes reflect their different contributions to national output. At different levels of income, people tend to place a different value on health services.”

During the Obama administration, Congress had proposed forcing individuals to purchase “middle-class” insurance, whether they wanted to or not. “That was a mistake,” said the economist. “Someone earning $25,000 in Future World (roughly the minimum wage) can earn $50,000 by working 40 hours a week instead of 20 – in principle earning enough to insure for everything the healthcare system has to offer. At 60 hours a week he would have $25,000 left over to buy all the consumption goods he currently buys.”

He concluded by noting that in times past a 40-hour work week was considered normal, but many people worked 60 hours. If, today, people choose not to work additional hours to buy additional insurance, they are clearly revealing that they prefer leisure to insurance. “Who are we,” he asked, “to tell them they are wrong and try to force them to make a different choice?” And having heard these arguments, the citizens of Future World decided to keep their system intact.