ment when it is acting in those areas legitimate to its purposes.

The Founders were well aware of the dangers posed by government, but they regarded the absence of government a greater danger still. Thomas Paine saw government as necessary to “restrain our vices.” James Madison wrote: “If men were angels, no government would be necessary.” The Founders accepted what we libertarians often fail to acknowledge: that crime is a greater threat to our lives, our liberty, and our property than is government. In the Preamble to the Constitution, the Framers specifically charge government with the duty to “secure the Blessings of Liberty to ourselves and our Posterity.” The Founding Fathers believed that liberty could not prevail in the absence of government.

Fear of crime in America is palpable. Americans live in barricaded homes: bars, gratings, locks, and double locks are standard (or, in the countryside, dogs and shotguns). If we venture out, fear accompanies us, and many have not done so during evening or-night hours in decades. We relocate’ from large cities to small cities, and to smaller cities still, but find no escape from crime and the fear of it. We Americans live in a society that has produced the highest material standard of living in history, yet find little joy in it. Crime has destroyed our happiness, polluted our lives.

The Libertarian Party cannot succeed while remaining silent on the issue of crime. It makes much of its advocacy of the repeal of drug laws, but this is a timid and piecemeal advocacy. The larger question is: is it ready to advocate tough, no-nonsense enforcement of laws against crimes against life, liberty, or property? Or will it continue to marginalize itself by ignoring this whole issue? Libertarians can effectively invalidate thousands of laws, including the drug laws, simply by altering the law enforcement agenda. But they do not even try. We are too bent on opposition, too stuck at negative. Freedom through crime suppression offers the Libertarian Party the breakthrough issue it needs to enter the American consciousness. 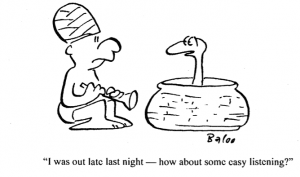