After over a year in office (dear Lord, it seems like a century!), Obama has shown that he is a master of deceit. Really, he had to be, running as a faux moderate in a center-right country, all the while adhering to his core leftist ideology like a jihadist to his religion. This sort of profound and continuous deception requires the use of many tools.

Of course, Obama is simply stupendous at the bare- faced lie. It takes enormous self-control to lie brazenly to people and not betray yourself by blinking, blushing, stammering, or shifting your eyes, Only the best con men can do that. It helps enormously if you face a sycophantic mainstream media that seldom question what you say, no matter how blatantly mendacious. I don’t believe any president has told so many major lies about so many major issues in such a minor amount of time.

But his bag of tricks has many more tools than the big lie. Of course, he is great at the miniature filibuster. When asked a question he doesn’t feel like answering — which is to say, pretty much any question critical of his 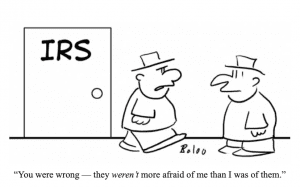 administration — he will use all the time available to talk around the issue. He may have set the record recently, when he talked for 17 and a half minutes about irrelevancies in reply to a woman’s simple question about whether we are paying too much in taxes.

Less often used but still effective is a third tactic, the token concession, or what I call the fake flip stratagem of deceit. He announces that he realizes a policy needs to be changed in the direction his critics have been urging, and pretends to change it in a balanced, “split the difference” kind of way, but really changes his policies only a tiny bit. He hopes to silence the opposition by offering a token, and spinning it as a major concession.

A classic case is the president’s recent announcement that he will “open up” part of the coastal shelf for drill- ing. He is being forced by a number of things to talk about drilling. As the world emerges from recession (even as it wallows in Obamalaise), oil prices have jumped to nearly $90 per barrel, a 17-month high. There have been some estimates that oil may hit $150 per barrel this summer. And Obama remembers how much he dropped in the polls during his election when McCain (at Palin’s behest) started hammering “drill, baby, drill” as gas prices went through the roof.

Moreover, Obama realizes that his support level is already getting dangerously low. If it gets into the 30% range, he will not be able to finish implementing his neo- socialist agenda (especially getting cap-and-tax passed). So he’s got to toss the opposition a bone.

And what a tiny chicken bone it is. Obama announced that he will open some limited areas for drilling. Some are off North Carolina and Virginia. Then there’s a small part of the Alaska coast, and part of the Eastern Gulf, for oil and gas exploration. A day later he added some of the shallow waters off Delaware, down to mid-Florida.

He announced this with crocodile tears in his eyes, moaning “This is not a decision that I’ve made lightly.” But the feigned anguish aside, he has agreed to far less than what Bush’s 2008 compromise with the Democratic Congress (the “Pink Congress”) called for to start this year — and far, far less than what we need.

For one thing, Obama’s agreement to open up Virginia’s coast is hardly a concession, given that that lease was already slated to be bid out next year anyway. But his new deal puts off the drilling until 2012, allowing more time for environmental groups, his myrmidons, to set up legal roadblocks. And while he has agreed to allow one of the Chukchi Sea leases (which was concluded in 2008 and permits drilling next year) to remain, he cancelled five other Alaska leases in the Chukchi and Beaufort Seas.

The Bush compromise, killed last year by Obama’s Secretary of the Interior Salazar, had dropped the decades- old ban on offshore drilling, a ban that covered the entire coastal shelf except the Arctic Ocean off Alaska and the western Gulf of Mexico. Obama’s new replacement deal secures that ban to the northern Atlantic coast, most of the Florida coast, most of the deep Gulf waters, most of Alaska’s coast, and — especially egregious — all of the West coast, from Washington state all the way down to California. But this is precisely where the bulk of proven oil resources are located.

Some, such as The Wall Street Journal and a couple of oil companies, are cautiously optimistic, taking the view that when a pig flies, you don’t criticize it for not stay- ing up very long. I, however, view Obama’s plan as just another trick by an extreme leftist intent on switching the country to high priced “alternative fuels.”