Because ours is an age of specialization, we expect specialists to be particularly knowledgeable about their areas of expertise and, for other matters, rely on the work of other accredited experts. However, I believe we ought to expect more from social scientists, especially if their interests encompass issues of individual liberty and personal responsibility – namely, that they also familiarize themselves with the truths about the medical specialty called “psychiatry.” Why psychiatry? Because psychiatric interventions – in particular, civil commitment and diversions from the criminal justice to the mental health system – are the most common, and most uncritically accepted, methods used by the modern state to deprive individuals of liberty and responsibility.

Unfortunately, even the staunchest advocates of liberty have shown an uncharacteristic trust and naivete when , it comes to psychiatry, taking what the authorities say at face value even when it clashes with their own most fundamental principles. As an illustration, I offer, with some reluctance, a sample of Ludwig von Mises’ comments about psychiatry.

Although formally Ludwig von Mises was an economist, it would be more accurate to view him as a political philosopher and, in particular, a defender of individual liberty based on private property and the rule of law. It is also manifest that he was one of the intellectual and moral giants of the 20th century, and that his magnum opus, Human Action, is one of the most important books of that century.

The Two Faces of Human Action: Praxeology and Psychiatry

Unlike conventional, mathematical economists who study issues such as industrial outputs, interest rates, and money flows, Mises focused on human action: “No treatment of economic problems proper can avoid starting from acts of choice; economics becomes a part . . . of a more universal science, praxeology [a general theory of human action].”*

Viewed as the study of human action, economics and psychiatry are fraternal twins: Economists are concerned mainly with the material and political consequences of choices and actions; psychiatrists, mainly with their personal and interpersonal consequences. Yet economists have shown no interest in psychiatry. In view of the fact that psychiatry is a thoroughly coercive statist enterprise – its emblematic institution and locus being the state mental hospital- this is an especially astonishing omission on the part of free-market economists. Of course, neither economist nor psychiatrist can avoid trespassing on his sibling’s territory. But since the brothers don’t speak the same language, each is ignorant about his own flesh and blood.

The profession of psychiatry as a medical specialty rests on the idea of insanity as an illness – epitomized by the individual beset with “irresistible impulses,” which transform him from a responsible moral agent into a “mental patient” not responsible for his behavior. That image forms the basis of the insanity defense and much else in our society.

founder of modern British psychiatry, explained this basic concept of psychiatry: “To hold an insane person responsible for not controlling an insane impulse … is in some cases just as false in doctrine and just as cruel in practice as it would be to hold a man con~ulsedby strychnia responsible for not stopping the convulsions … [I]t is a fact that in certain mental diseases a morbid impulse may take such despotic possession of the patient as to drive him, in spite of reason and against his will, to a desperate act of suicide or homicide; like the demoniac of old into whom the unclean spirit entered, he is possessed by a power which forces him to a deed of which he has the utmost dread and horror”* (Emphasis” added).

More than a hundred years later, psychiatrists and psychiatrically enlightened lawyers and politicians hold the same view. Michael S. Moore, professor of law and professor of philosophy at the University of San Diego, writes: “It

Even the staunchest advocates of liberty have shown an uncharacteristic trust and naivete when it comes to psychiatry.

is not so much that we excuse them [the mentally ill] from a prima facie case of responsibility; rather, by being unable to regard them as fully rational beings, we cannot affirm the essential condition to viewing them as moral agents to begin with. In this the mentally ill join (to a decreasing degree) infants, wild beasts, plants, and stones – none of which are responsible because of the absence of any assumption of rationality.”**

These passages present us with nearly all the moral, medical, linguistic, and legal metaphors and misapprehensions that form the foundations of modern psychiatry. By medicalizing (mis)behavior, psychiatry replaces the otherworldly superstitions of religion with the worldly superstitions of scientism. Without identifying this view with psychiatry, Mises explicitly rejected it: “To punish criminal offenses committed in a state of emotional excitement or intoxication more mildly than other offenses is tantamount 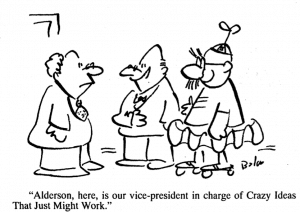 to encouraging such excesses. . . . Man is a being capable of subduing his instincts, emotions, and impulses … He is not a puppet of his appetites.. .. he chooses; in short, he acts…. Human action is necessarily always rational. The term I rational action’ is therefore pleonastic and must be rejected as such” (Emphasis added. HA, p..16, 18).

Nevertheless, in his many references to insanity, Mises expresses an uncritical acceptance of standard psychiatric mythology.

After arguing the intrinsic superiority of cooperation over coercion and anarchy, Mises wrote: “Even if we admit that every sane adult is endowed with the faculty of realizing the good of social cooperation and of acting “accordingly, there still remains the problem of infants, the aged, and the insane. We may agree that he who acts antisocially should be considered mentally sick and in need of care” (Emphasis added. HA,149).

I respect Mises too much to comment on this unfortunate statement.

Sometimes, Mises contradicted himself, criticizing psychiatry in one sentence, and embracing it in the next. He

Viewed as the study of human action, economics and psychiatry are fraternal t~ins: Economists are concerned mainly with the material and political consequences of choices and actions; psychiatrists, mainly. ·with their personal and interpersonal consequences.

Indeed, Mises proceeded to do just that, albeit much too timidly: “However, it is clear that if the mere fact that a man

shares erroneous views and acts according to his errors qualifies him as mentally disabled, it would be very hard to discover an individual to which the epithet sane or normal could be attributed…. If to err were the characteristic feature of mental disability, then everybody should be called mentally disabled” (HA, 185-6). That is precisely what Freud did, and Mises admired him for it.

Mises refrained from saying, outright, that having a delusion ought to be regarded as a fundamental human right, lest all disagreements with authority be disqualified as mental illnesses. Probably he did not say so because he did not believe it to be the case. The evidence points in this direction: “If a statement were not exposed as logically erroneous, psychopathology would not be in a position to qualify the state of mind from which it stems as pathological. If a man imagines himself to be the king of Siam, the first thing which the psychiatrist has to establish is whether or not he really is what he believes himself to be. Only if the question is answered in the negative can the man be considered insane” (Emphasis added. HA, 316). Mises must have known that persons considered insane are incarcerated in mental hospitals, but remained silent on the subject.

Mises failed to consider the possibility that the man who says he is the king of Siam may be an actor, playing the role of the king; or that he may be lying – that is malingering – to avoid a duty or punishment, such as military service or the death penalty; or that he may be protesting his insignificance, his false self-identification representing a metaphorical compensation for it or, most importantly, that believing oneself to be the king of Siam – like believing that, after dying, one will go to heaven or hell – ought to be viewed as the right to be wrong, and hence should not be ground for incarcerating the speaker in a prison, even if that prison is called “hospital.”

Liberalism, written in German more than 20 years before Human· Action, contains more embarrassing psychiatric indiscretions. In the Introduction, Mises declared, in typical psychiatric style: “This· opposition [to liberalism] does not stem from reason, but from a pathological mental attitude – from resentment and from a neurasthenic condition that one might call a Fourier complex, after the French socialist of that name.”* In the jargon of Freudian psychobabble, Mises continued:

“The Fourier complex is much harder to combat. What is involved in this case is a serious disease of the nervous sys- 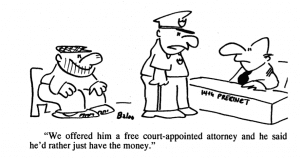 tem, a neurosis, which is more properly the concern of the psychologist than of the legislator…. Unfortunately, medical men have hitherto scarcely concerned themselves with the problem presented by the Fourier complex. Indeed, they have hardly been noticed even by Freud, the great master of psychology, or by his followers in their theory of neurosis, though it is to psychoanalysis that we are indebted for having opened up the path that alone leads to a coherent and systematic understanding of mental disorders of this kind . . . . Only the theory of neurosis can explain the success enjoyed by Fourierism, the mad product of a seriously deranged brain. This is not the place to adduce evidence of Fourier’s psychosis by quoting passages from his writings. (Emphasis added. L, 14-15)”

Believing oneself to be the king of Siam – like believing that, after dying, one will go to heaven or hell- ought to be viewed as the right to be wrong, and hence should not be ground for incarcerating the speaker in a prison, even if that prison is called “hospital. ”

it is the proper function of the state to punish such behaviors. Nevertheless, in Omnipotent Government [1944] he wrote: “The League of Nations may continue to combat contagious disease, the drug traffic, and prostitution” (303).

Regardless of official title or professional affiliation, anyone who addresses the human condition and writes about how human beings live and ought to live is influenced by the kinds of life he cherishes and condemns. Mises was no exception. He was a great man, but not because he established praxeology as a science of human action – for there can be no such science.** Mises was a great man because he recognized that the 20th century’s great collectivist movements of “liberation,” National Socialism (Nazism) and International Socialism (Communism), were simply new versions of slavery – and fought tirelessly, and against great odds, against them.

It is regrettable that Mises did not see that psychiatry (and psychoanalysis, through .its alliance with psychiatry) was and is also a form of statist pseudo-liberationism; and that, because psychiatry is a~lied with medicine and healing rather than with militarism and killing, it is the most insidious and, in the long run, the most dangerous form of statism yet developed by man.