A few years before the world went mad, Ketut had a Javanese girlfriend, a Muslim. As their relationship ripened, she became sad. “It’s a shame I can’t marry you,” she would sigh.

There was no need to ask what the obstacle was. Although a liberal Muslim, she had made it clear that he was an infidel, a Balinese Hindu, and unless he changed they had no future.

“Would a Muslim man ever change to the religion of his wife?” Ketut asked.

“Of course not,” she answered. “Islam is the true religion. And I will not become Hindu.”

Ketut thought about the problem for a few days. He could give up a thousand years of Hindu ancestry, he thought. But not for Islam. Anything but Islam. The “vile, long-haired princes of Bali” as the Islamic Javanese had called his people nearly 600 years ago, had fought against the spread of Islam to the shores of paradise since that time. Islam was brought to Indonesia by Arab traders, gained a foothold in Sumatra in the 13th century, spread to the coastal areas of Java, then eroded the great Hindu kingdom of Majapahit in the early 16th century. But the aristocracy of the Majapahit, the priests, jurists, artists, artisans, painters, sculptors, architects, goldsmiths, gongsmiths, writers, and dancers were for the most part unwilling to accept Islamization. They fled to Bali and the protection of King Waturrenggong.

King Waturrenggong had “lionhearted courage, incomparable daring, and magical powers” in battle. An incarnation of Wisnu, he unified the aristocracy with the people and built a military bulwark against Islam. His high priest and teacher, the Just-Arrived-Magic-Powerful-High-Priest Nirartha, another refugee from Java, redesigned the temple system in Bali so that each village had its own temples; this forged a closer bond between the people and their Hindu gods, a bond unlike that in any other Hindu kingdom, and one which Islam would find difficult to sever, despite 600 years of pressure. It was this exodus of devoted Hindus and the fear of Islam that created in Bali the paradise that Western tourists have been admiring since 1597, when Captain de Houtman, the first Dutch explorer to the·area, arrived and many of his men mutinied; refusing to leave the island that was so beautiful, where women bathed nude in the rivers, where the king’s chariot was pulled by white buffaloes and his retinue was made up of 50 dwarves whose bodies had been bent to resemble kris (traditional dagger) handles.

The historic hatred of Islam by the Balinese is one of the reasons Ketut admired his girl, that she had been willing to come here from Java on her own, to risk ancient racism in order to enjoy the much higher standard of living and greater freedoms that Bali offers in comparison to the other islands of Indonesia.

“Very well,” he said after a few days of thinking, “let’s both become Buddhist.”

No, she had answered. Nor Jewish, Jainist, or Zoroastrian. Not even to Christianity, which to Ketut seemed very similar to Islam, especially in its need to proselytize and spread. It was Islam or nothing.

So Ketut ended the relationship, but without acrimony. He had seen too many Muslim daughters in Bali pulled along the pavement, their fathers dragging them by the hair, beating them senseless, outraged at their dating an infidel. It is difficult to be strong in the face of such a pedigree.

There are some Muslims now in Bali. Bali is part of Indonesia, after all, and Indonesia is 90% Muslim. They come legally despite local objections, though they are at times sub- ject to vandalism and random attacks by young Balinese.
“I see her in the village sometimes,” Ketut said. “She is the fourth wife of a Muslim man. He lives in another city and rarely sees her or their child. And I think she is very unhappy, but she wears the veil now and has become much more fanatical”’

And Ketut is again unhappy about fanatical Muslims. He runs an Internet cafe and a tourist agency now, and over 1.3 million tourists have canceled Indonesian holidays since the Laskar Jihad, the Islamic Defenders Front, and other radical Islamic groups in Java (supplied by Osama bin Laden with money, men, and arms) began rioting and threatening to “sweep” all Westerners out of Indonesia. Villages in Bali have put their traditional guards on alert, the Balinese People’s Council has promised to fight any hostile Javanese,

In 1906, the Balinese royalty burned their own palaces, then, wearing their finest jewelry and waving golden swords, they followed the rajah and priests out against the modern weapons of the Dutch.

and the Balinese have staged large demonstrations against any “sweeps.” They are not alone in this, of course. In Muslim Jakarta, areas dependent on tourism have also set up neighborhood militias to defend tourists against sweeps, and have already repulsed one group of radicals attempting to do mischief.

Tourist arrivals have declined sharply all over Indonesia, but at least in Bali this is largely a problem with perception, the difference between being inside and outside. The 22,791 foreign visitors in Bali as of Oct. 7 are not moving up their departure plans, although their families, governments, and media all seem to be calling for them to·come home and risk anthrax attacks rather than stay in Indonesia.

The package tourists do worry some, because any true sweep would have to include Bali, the Indonesian island that in 1937 was already described as overtouristed. But expatri- 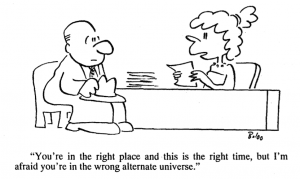 ates living here are us~d to periodic flare-ups of instability and apart from postponing trips to Java, few seem worried. They feel well-protected by the Balinese.

“If the Javanese come to sweep, we will make Zawar out of them,” says Ketut, referring to a type of haggis made out of pork stomachs. Then smiling a small smile, as if saying something not to be aired loudly, he adds, “Maybe it would be good, maybe it would begin a war for independence.”

“But they won’t come,” he sighs. “They are frightened. The Balinese are quiet, quiet until they decide it is time for puputan. The Javanese remember this.” Puputan is a suicidal fight to the death, which historically has seemed necessary once every 50 years or so. In 1906, the Balinese royalty burned their own palaces, then, wearing their finest jewelry. and waving golden swords, they followed the rajah and priests out against the modern weapons of the Dutch. Four thousand Balinese died in 1906 and a larger number in a similar puputan in 1945, again under the guns of the Dutch.

It was only through Western weaponry that Bali became part of Indonesia, and suicidal armies scare Muslims as much as they do Westerners. Unlike radical Islam, however, in Bali it is not the uneducated and used who become human bombs; it is the priests and leaders themselves.

And the battle between Bali and Islam that began 600 years ago has never really been put to rest. It has merely moved to other dimensions. Balinese medicine men continue to fight against Muslim medicine men from Java and Lombok. Although Islam does not officially permit magic, curses are nevertheless thrown back and forth over the narrow Bali Strait, fireballs of invisible energy fly overhead, Islamic clerics put love spells on Balinese women to fall in love with Muslims, and Balinese holy men rub the affected in pigs’ blood to undo the spell. The Balinese holy men often

use pigs’ blood against the Muslims, and the Muslim holy men chant sentences from the Quran as magic mantras, while clutching a small fetish or two.

Islamic magic often includes poison and fearful teluh, says Empu Resi, a holy man in the village of Ubud. Teluh is an attack by which whole daggers and saucepans are materialized into the stomachs of enemies, who today have them removed with Western medical operations.

But despite the fearful teluh, the Balinese claim that in the war of magic the Muslims’ have no chance. In Bali the other dimension, the dimension in which the war has never stopped, is magic. In America the magic is Hollywood, the Bill of Rights, capitalist greed, rational public discourse, and humanitarian aid. These are what Osama bin Laden is really fighting over, not Palestine or Iraq. Without the Soviet Union to fight the American magic, the air-conditioned magic against which the rest of the world has no chance, the attack has become too sharp. So Islam is hardening in its more visible dimensions.

In Indonesia this means that the Indonesian government doesn’t clamp down on anti-Western threats, that years of Islamic bias in all aspects of Indonesian public life have become more and more institutionalized, and that Islamic political parties are increasingly pressing for Shariah (Quranic Law) to become the law of Indonesia, whether the subjects be Muslim, Hindu, Buddhist, Christian, or Animist. But sweeps would destroy the Balinese tourist economy, Shariah would subject the Balinese to a religious system they despise, and the constant bias chafes. So even while the old Balinese cannot imagine independence, many young men increasingly want to bring the fight into the open. , ‘ I

Ketut’s friend, Made, for example, has insomnia. He has found a cure, however. He says for the last few years he can- not go to sleep until he finds a Javanese Muslim and gives him a good punch. Then he can sleep.

When there are too many young men of any stripe or belief, nations go to war.

Ketut and Made and other young Balinese still think about King Waturrenggong and the Just-Arrived-Magic- Powerful-High-Priest. They celebrate the latter’s memory twice a year. Muslims still think about Mohammed’s war to take Mecca and destroy the 300-odd religions represented there before A.D. 623. It is only North America that has a stunted sense of history, with anything predating World War II classified as “ancient,” and it is only the West that insists religion and politics are separate issues.

George W. Bush has said “you are either for us or against us,” and blindly called the war a “crusade.” Osama bin Laden agrees, countering that”you are either a believer or an infidel.” Int~:.p~st-WTC world, in country after country, movements and complaints’ which had seemed long-buried are emerging back into the visible dimensions. Slowly, behind the scenes, fault lines which go back thousands of years are beginning to show.