The economy looks pretty bad. In late August, the Federal Reserve chairman, Ben Bernanke, announced with some bravado that he still had weapons in his arsenal — shortly after Keynesian economist Alan Blinder said in The Wall Street Journal that “the Fed has already spent its most powerful ammunition; only the weak stuff is left.” The Journal wrote on August 28 that the Democrats are beginning to face the “inescapable conclusion” that the economy is not going to get better before election day.

For whom is this a surprise? Not me. From the start, our problems resembled those that turned the 1929 market crash into the Great Depression — scary government tactics that make anyone with money unwilling to invest in the future (and many people have a lot of money, probably under their mattresses at this point). Superficially, the Great Depression is different because then the Federal Reserve drastically reduced the money supply, and today’s Federal Reserve

is doing the opposite — expanding it to maintain liquidity. But with a raft of taxes about to rise, with healthcare costs impossible to predict, with deficits gigantic now and bigger ones looming (whether the Fed has options or not), it’s natural that investors want to wait.

In his 2009 book “Intellectuals and Society,” Thomas Sowell writes that for a year after the October 1929 stock mar- ket crash, unemployment “never went as high as 10%.” But then the government started to intervene. “Once the unemployment rate rose into double digits in November 1930, an unemployment rate as low as 6.3% was not seen again for the remainder of the decade.”

He contrasts that experience with the May 1987 stock market crash (admittedly, not as extended as the 1929 crash), after which the Reagan administration “did nothing.” The market 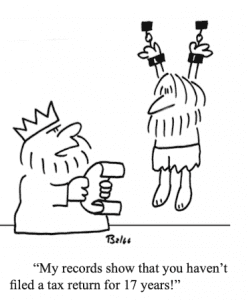 quickly got back on track, and the nation experienced a period of economic growth that lasted 20 years. We should be so lucky.