Obama is a man of many personae, none of them particularly admirable.

There is MessiahBama, the man who arrogantly presents himself as the embodiment of hope and change – all ye need is faith even as a grain of mustard seed and all good things will come to you. There is BiCzarObama, the super-statist who has the bizarre theory that not only should the government control the economy, but each aspect of it should be run by a czar. Thus we have a climate czar, a pay czar, a regulation czar, and a bunch of others, all controlled by Obama (the czar czar?).

Regarding foreign affairs and national defense, we have dueling personae. There is DoveObama, the man who yearns for peace in our time, in due time. As St. Augustine famously prayed to God for chastity, but not yet, so DoveObama wants to close Gitmo, but not yet, and wants to pull our troops out of Iraq, but not yet. Conversely, there is MachoBama, who has said he would invade Pakistan if necessary to get bin Laden. Where Teddy Roosevelt advised that you should talk softly but carry a big stick, MachoBama thinks that you should shout loudly while holding a limp dick.

But what appears most frequently is ChicagoBama, a creature of the corrupt Daley political machine that has controlled Chicago for decades. This is the Obama who assembles coalitions by buying off various constituencies, pushes affirmative action, and enables voting chicanery. Obama, who was one of ACORN’s lawyers, and benefited from ACORN’s dubious voter registration efforts, saw to it that they had access to the massive funds in the “stimulus” bill. And he has repeatedly pushed the Big Labor agenda, after having received massive financial and other support from unions during his campaign. For minorities, he has nominated a staunch proponent of racial-preference affirmative action to the Supreme Court (the self-styled “wise Latina” Sonia Sotomayor).

While ChicagoBama has generally escaped media attention, one particularly egregious action has gotten some notice. It is the firing of Gerald Walpin, Inspector General of AmeriCorps. Mr. Walpin had been unwise enough to investigate tenaciously the misuse of AmeriCorps’ (read: taxpayers’) money by one of Obama’s major supporters, one Kevin Johnson, a “community organizer” like Obama. The facts are striking.

Walpin has been the Inspector General for the Corporation for National and Community Service (which is the federal bureau that oversees AmeriCorps and other “volunteer” organizations) since 2007. Last year, he was asked by the corporation to investigate reports of financial shenanigans at Johnson’s pet nonprofit organization St. HOPE. St. HOPE had received $850,000 from AmeriCorps, which was supposed to go for tutoring disadvantaged students, improving certain buildings, and running some arts programs. But Walpin found that Johnson had diverted the money to such purposes as politicking in a school board election, padding the salaries of his staff, and having AmeriCorps members do Johnson’s personal chores.

Walprin recommended that Johnson be disallowed from receiving further federal funds, and the corporation agreed. And Walpin’s office also referred the matter to the local u.s. attorney’s office. Then Johnson was elected mayor of Sacramento, and it appeared that the city would not be able to receive stimulus money. There was an outcry by disappointed moochers, and it led to the U.S. attorney (Lawrence Brown) and others pressuring Walpin to settle the matter by letting Johnson pay some of the money back, and lifting the ban on his receiving federal funds. Walpin refused, pointing out that the whole idea of the process of inspection is to stop wrongdoers from getting more money.

Lawrence Brown then decided to cut Walpin out of the loop and deal with the corporation directly. The corporation was now headed by Obama fundraiser Alan Solomont, and Brown and Solomont worked out a settlement for Johnson that basically let him off with a slight fine and exoneration. 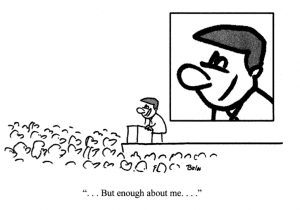 Walpin astonished that he had been treated in this way, put the facts of the matter in a report which he sent to Congress.

His reward was a phone call from Norman Eisen – ironically, the Special Counsel to the President for Ethics and Government Reform – telling him that the president felt it was time for Walpin to “move on.” Eisen said it was pure coincidence that he was being let go after refusing to be part of the Johnson whitewash. Right.

An even richer irony is that by an act passed last year by Congress (one co-sponsored by Obama) the president is required to give Congress 30 days notice before terminating an inspector general. Obama violated a law he himself had pushed. At least one congressman, Sen. Grassley (R-IA), is now pushing the corporation to turn over all its communications on this matter, so more details may come to light.

But all of this is looking very Chicagoesque, in an administration that pledged an unprecedented degree of transparency and high ethical standards.