During World War II, a group of students at the University of Munich calling themselves the White Rose be- gan to protest Nazi atrocities. At night, they wrote “Down with Hitler” on buildings and in bathrooms. They also printed and distributed six one-page “leaves” calling on their fellow students to rise in revolt. Along with her brother Hans and their friend Chris- toph Probst, Sophie Scholl was a leading member of the White Rose. “Sophie Scholl: The Last Days” chronicles their story. Made in Germany and only recently released in American theaters, the film received an Oscar nomination for best foreign film earlier this year.

Over the years, I have become increasingly distrustful of Hollywood’s biographical and historical movies. However, when I started looking for websites to learn more about this important story, I discovered that director Marc Rothemund took extraordinary care to make the film as accurate as possible. Many scenes were shot on location where the events happened, and he found actors who closely resemble the people they portray. Rothemund even consulted weather records to add to the film’s authenticity. Most importantly, the script is based on recently discovered transcripts of Sophie’s interrogation, so the dialogue is reliable. All of this contributes to the power and intensity of the film.

The film begins on Feb. 17, 1943, the night before Sophie and Hans distribute the sixth leaf, and ends with her

execution on Feb. 22. When Hans and Sophie make the somewhat reckless decision to leave copies of the leaves in the hallways of one of the university’s buildings “in broad daylight,” a janitor notices them and that leads to their arrest.

Most impressive is the contrast between the Nazis, who just go through the motions of their jobs, and Sophie, who is a passionate and deeply spiritual 21-year-old. Like most freedom fighters, she sincerely believes in the eventual triumph of good over evil, but she is an individual with human concerns as well. When she realizes that her fate has been decided, her concern turns toward the welfare of her own
family and her friend Christoph, a father of three. She worries about her fiance, who
was fighting at Stalingrad, which had just been lost after the deadliest battle in history.

Hollywood probably would have added violence just for the sake of an R rating, but Rothemund Wisely allows the story itself to be violence enough. The Nazis always seem calm and cool; they never hit, slap, shove, or strike the defendants during their confinement.

This allows the single moment of violence at the end of the film to be all the more powerful, and even that is handled with great restraint.

The trial is especially memorable. Judge Roland Freisler (Andre Hennicke, a perfect “body double” for Freisler) exemplifies the Nazi fanatic so well that even the Nazis seem to regard his courtroom theatrics as an embarrassment. He rants and raves, describing the actions of the defendants as “terrorist.” While previous political prisoners had been given 99 days before execution, Freisler orders that Hans, Sophie, and Christoph be killed immediately. As they leave the courtroom, Sophie tells the judge, “You will stand here … ” courageously implying that her cause would continue. (Freisler would actually die in an air raid in 1945.)

The movie offers many important lessons. The first is that patriotism can be the “refuge of scoundrels,” as Samuel Johnson said many years earlier. Another is that an unfree society becomes a nation of tattletales – where “good citizens” report on the actions of everyone else and anyone can make arrests. It also indicates that the Holocaust was little known by the local Germans and that people rarely know what their leaders are really up to. Finally, it shows that honest German citizens were woefully unarmed and that 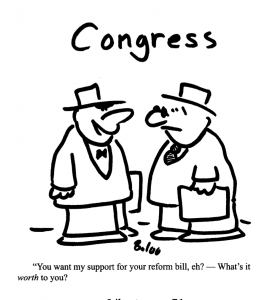 Attitudes in Germany have changed. Today,’ that same university in Munich is home to the Scholl Siblings Institute for Political Science and

anyone can make arrests.

contains a monument to the heroes of the White Rose. Julia Jentsch, who won the German equivalent of the Oscar for her performance as Sophie, called playing the role “an honor.” Sophie Scholl is now remembered as a heroine, a true patriot, and a martyr.

One disappointment with this movie is that some details are left out. We do not learn the fate of her fiance, the rest of the Scholl and Probst families, the janitor who snitched on them, or the other Gestapo agents who were involved. This is what drove me to the internet, where I learned more about the heroes of the White Rose. I discovered the little-known fact that the resistance actually did overthrow the Nazis in Munich toward the end of the war, after Hitler had ordered the destruction of the city. One key member of the White Rose, Jiirgen Wittenstein, survived the war; his recollections of his heroic friends can be found on several websites.

The film is mostly playing in art house theaters. Information on the upcoming DVD release is at sophieschollmovie.com.