Forgive me for furtively grinning when I learned that the people of Mexico (still considered a third-world country) spend more money per year on books than the French do – $3.6 billion compared with $3.4 billion. True, on a per capita basis, France did a little better than Mexico, coming in 18th compared with Mexico’s 21st. Even so, the proximity of the two on the list should poke a little arrogance out of the French, even if their arrogance is mostly scarecrow stuffing by now.

The source of my information is the Economist’s “World in Figures” (2006 pocket edition), and I have to admit that the sources are somewhat vague. But this little book has other balloon-pricking statistics, too. One is a reminder that our oft- patronizing neighbors, the Canadians, use more energy per capita than we do (7,973 kg of oil equivalent per person for Canada, 7,943 kg per person for the U.S.). The two countries rank seventh and eighth in the world on this scale. And in spite of the fact that oil production supposedly peaked in the U.S. years ago, our country still produces the most energy, followed by China, Russia, and Saudi Arabia.

Lots of the book’s other statistical revelations are worth meditating upon, and laughing at. But, darn it, France is still the No.1 tourism country in the world by a long shot, bring- ing in more than 75 million visitors a year. The runners-up are Spain (52 million) and the United States (41 million). Let’s see, 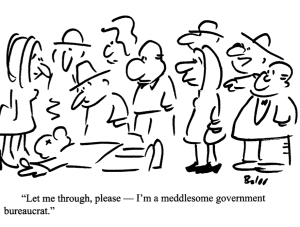 though … what does this really mean? Which people have the money, and the curiosity, to fly across the ocean and visit other cultures? Apparently, it’s the Americans again!