I’ve been doing some research on the history of California’s constitution, and it has been an eye-opening experience indeed. If you thought that nobody really talks like the villains in Atlas Shrugged, take a look at the Debates and Proceedings of the California Constitutional Convention, 1878-1879. The convention was called as a result of the electoral victory of the Workingmen’s Party, a national socialist party founded by Karl Marx himself in 1864. The Workingmen founded by Karl Marx himself in 1864. The Workingmen ran on a platform of gaining government control over corporations and excluding Chinese immigration. Hostility to the Chinese was particularly rampant in California, but was shared in Washington, D.C., where the federal government prohibited Chinese immigrants from becoming citizens. The 1879 California Constitution punished with forfeiture any corporations that hired Chinese workers, and prohibited Chinese immigrants – or, in the code words they used, “those not capable of becoming citizens of the United States” – from owning any property in California. The convention reached perhaps its lowest point when debating a provision in the Bill of Rights. The following exchange occurred:

Mr. O’Donnell: I move to amend by inserting after the word “men,” in the first line, the words “who are capable of becoming citizens of the United States.”

Mr. McFarland: I second the amendment. [Laughter.]
The Chairman: The Secretary will read it as amended.
The Secretary read: “All men who are capable of becoming

citizens of the United States, are by nature free and independent. ”

The motion failed, but it was hardly the most radical moment of the convention. One delegate, Charles Ringgold, frankly denounced the federal Constitution, calling instead for “a political structure that would be in accordance with the spirit of the age…. The Declaration of Independence is a political expression. The Constitution of the United States is a political abortion … violated in the interest of capital in every section and article. It has outlived its usefulness.”

Some members were even more candid:

What right have they to so much land? The gentleman from Tehama says he bought it. What difference does that make? What business has he to get that many acres of land? What does it matter how a man got it? … I would like to have some of this land myself. [Laughter.] I see that other men have been smarter than I have, and they have got more than I have; there are lots of men worse off than I am. I would like to know what business a man has to have more than six hundred and forty acres of land? If a man cannot live on that, he ought to die. [Laughter.] We don’t want a man to have a right to buy this land. It don’t matter about buying it. That don’t make any difference. If they had a legal right, what difference does that make? We are strong, and we have a right to say what they shall do with it. We want to say that we have a right to go and take it. All this section says is, that we must pay the assessed value. . . . I do not understand at all, sir, how we can be consistent, when we are striking at these other monopolies, as we call them, when we are taking away their property, when we are regulating the use of it, unless we do it to this greatest of all monopolies – the monopoly of the earth itself, which God Almighty gave to us as a home for all men.

The Debates are out of print, and are a rare book. The debates at the 1849 convention, on the other hand, are available online, even though California doesn’t use that constitution anymore. No wonder – the 1879 convention is truly embarrassing. The roots of California are bright red. 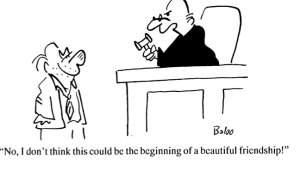