The Bush administration is not his father’s Oldsmobile – I mean administration – but it isn’t Ronald Reagan’s either. Bush II is amenable to reducing government, but he’s not passionate about it either. So while there are far more people available to head agencies who would like to curb their power than there were in the 1980s, there are fewer jobs for them.

Still, there are a few individuals worthy of praise. One is Mitch Daniels, who heads the Office of Management and Budget (OMB). OMB seeks to curb government’s destructive tendencies to overspend, overtax, and overregulate – it’s the Dr. No of government. Most OMB Directors find this task daunting and soon step aside from the unpleasantness of always saying “No.” However, a recent action by Daniels suggests he’s not afraid to fight.

Testifying before a congressional budget panel, Mitch laid out the case for cuts in the Army Corps of Engineers’ budget. Questioning was predictably hostile, but he stuck to his guns. On that same panel was the Bush-appointed civilian head of the Corps, Mike Parker, former congressman from Mississippi. Parker quickly parted company with Daniels and complained bitterly that the administration’s budget would cripple his agency’s ability to “do good.” (The Corps theme song might well be “Dam Every River, Channel Every Stream!”) Mitch fumed and when he returned to his office, wrote a memo to the president pointing out that Parker’s testimony had undermined the administration’s budget. The president actually read the memo and fired Parker! Not surprisingly, in this age of pork-barrel politics, Parker has been praised and Daniels castigated for the episode. Still, it demonstrates that the administration seems willing to stand its ground on spending. I suspect Daniels will survive.

This little inside-the-beltway episode has a special meaning for me. I grew up in a Corps household. My daddy was in the Corps of Engineers for 43 years. His last position was as resident lockmaster on Lock #1 of the Pearl River canal system. My childhood was a graduate course in the practices of the Corps. The Pearl River system had been on the Louisiana congressional delegation’s wish list for many years. After World War II, Jimmie Morrison, then-congressman from that part of the state (the Florida Parishes for you history and geography buffs, that area in Louisiana that was part of Spanish Florida rather than part of the Louisiana purchase from France), finally got his turn at the pork barrel trough and Congress appropriated the funds to build a canal system linking Bogalusa, a paper mill town, to the Intercostal Canal, the major waterway located along the Gulf and Atlantic coasts.

Building a canal is a massive undertaking. Millions of cubic yards of dirt must be dredged or bulldozed away to create the canal itself. Vast quantities of steel and cement were required to construct the three locks needed to elevate shipping from the Gulf to Bogalusa. And all this construction was occurring in one of the great swamps of Louisiana (Honey Island Swamp, where some believe the Ivory Billed Woodpecker may yet survive). Lockmasters live on-premises, and I grew up in the midst of this construction project. The experience was instructive and entertaining – all in all

My daddy was in the Corps of Engineers for 43 years. My childhood was a graduate course in the practices of the Corps.

a great childhood. My brother and I would get home from school, throw on our bathing suits and swim till supper in the canal. Fishing, walks in the woods, hunting – all available literally in our backyard.

I remember vividly the day the system was completed. A ceremonial barge load of paper products (Bogalusa’s major industry) was towed down the system, passing the various locks on its way to the Intercostals. Bands played, pretty girls were kissed, flags were raised, generals were saluted, and ribbons were cut. And, of course, politicians gave speeches and speeches and speeches. The theme was upbeat: “Today, Bogalusa has been linked with markets throughout America. This canal system will repay its costs many times over as our local economies expand to serve these larger markets.” And the barge moved along out of the lock and into history – because that was the last significant commercial load of anything that ever passed through the locks.

Why? Well, fairly simply, there wasn’t much local commercial traffic to begin with, and what there was moved by 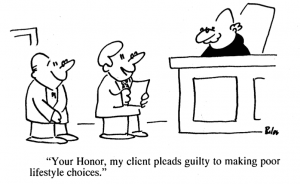 rail or truck. The government-regulated freight rates in those dark days, and higher rates were charged for landlocked cities. Opening the canal made Bogalusa a port city rather than a land-locked one, so its ground transport rates were lowered to a level where canal rates were not competitive. So local shippers decided to stick with their truck and rail connections. A few loads of sand and gravel came down the system in subsequent years, but nothing major.

Millions had been spent – the local economy had benefited from the construction funding for a few years – but nothing lasting came from the project. The canals gradually silted over and the locks were decommissioned. The canal system is no longer navigable. My childhood home and those of the other lockmasters have now been torn down.

A few years ago, I told this story to a meeting of the American Waterways Association in St. Louis. I expected hostile questions. And I did receive a few, although fewer than I expected. After the panel ended and I was leaving the platform, an individual came up, looked worriedly over his shoulder, and told me that he worked with the Corps and that I should know that an effort was underway to re-open the Pearl River system. I was a bit surprised and asked whether the economics of the project were now viable. No, he responded, they’re even worse.

So I applaud Daniels’ courageous effort to prevent such waste. Moreover, his feistiness suggests that there are some in the administration who seriously want to get rid of such idiotic porkery.