George Will recently accused Obama’s token Republican, Secretary of Transportation Ray LaHood, of being the “Secretary of Behavior Modification.” Rather than making our transportation systems work better, says Will, LaHood’s goal is forcing people to drive less.

An outraged LaHood responded by confessing that Will is exactly right. “About everything we do around here is government intrusion into people’s lives,” said LaHood, as if that justified even more intrusion. Admitting that Obama’s policies are, in fact, “a way to coerce people out of their cars,” LaHood commented, “The only person that I’ve heard of who objects to this is George Will.”

Will’s article focused on the inappropriateness of government’s doing anything more than”defend the shores, deliver the mail and let people get on with their lives.” For many, a little behavior modification would be tolerable if it actually produced some benefits. Yet all the evidence shows that Obama’s plans will impose huge costs on people without producing any significant benefits. 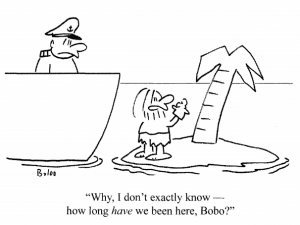 Randal O’Toole is a land-use and transportation policy analyst with the Thoreau Institute and author of American Nightmare: How Government Undermines the Dream of Homeownership.
View all posts by Randal O'Toole