When the gendarmes in Davis, California arrested a local citizen for breaking a noise ordinance by snoring too loudly, we chuckled. When the city council built a tunnel so that frogs could cross the newly constructed Pole Line Road overpass to get to a pond called Toad Hollow, we built a miniature Mr. Toad’s village at one end of the tunnel. When former Mayor and city

council member Julie Partansky advocated planting fruit trees in vacant lots so homeless people could “graze,” limiting the output of streetlights to facilitate stargazing, and preserving potholes because of the historical significance of the building materials that used to be where the potholes are now, we just shrugged and went about our business. We one-upped California’s antismoking laws by limiting smoking even outdoors. But in the special election on November 8, the denizens of Davis showed an uglier side when they voted against the construction of new housing.

The People’s Republic of Davis, as it’s known to its conservative detractors, is a modern liberal bastion in an already blue state. The town’s primary employer is the University of California-Davis. Other employers include Moller International, which has had personal vertical takeoff and landing aircraft almost ready to go to market since 1983. Retail employment is pretty much limited to mom-and-pop shops in our oh-so-cute downtown – Davis would never allow construction of a Costco, Wal-Mart, or any other big-box retailer. If you aren’t employed by the university, you probably commute to a job in nearby Sacramento. Davis elementary and primary schools are noted for producing students who score well on standardized tests. It’s an open question whether that is because of the quality of the schools or because of the self-selecting pool of people attracted to the community and able to afford the housing.

Several years ago the voters of Davis passed Proposition J, which subjected any new housing development requiring annexation of land adjoining the city of Davis to a popular vote. The first test was this year’s Proposition X. The development that voters were passing judgment on, Covell Village, .was designed by Michael Corbett, who previously designed Village Homes in Davis. Village Homes, with its solar panels, organic community gardens, and street names from “The Lord of the Rings,” is beloved by Greens in Davis and beyond. Covell Village was designed to have solar power installed on every home. It would have had ample green belts and parks. It would have had bike paths, school sites, an outdoor amphitheater, a Rotary Hall, a hospice, a nursery school, a fire station, a community recreation build- ing, an 82-acre educational organic farm, a 124-acre wetland wildlife habitat, a 776-acre farmland buffer, and affordable housing subsidized by the more expensive homes. It got the endorsement of a who’s who list of prominent local people in and out of politics. It had the endorsement of the local newspaper. It even had retail within walking distance, with the promise of a Trader Joe’s, the only source of Two Buck Chuck (drinkable wine for $2.00 a bottle, from the Charles Shaw winery). In short, it had everything a politically correct community like Davis could ask for.

Opposition to Prop X fell into two categories – environmental concerns, and concerns about sprawl. Environ- mentalists argued that the solar panels were a token measure, that part of the site lies in a flood plain, and that prime agricultural land would be “paved over.” The anti-sprawl camp complained that not enough “affordable” housing was included, that traffic gridlock and air pollution would ensue, that crime would go up, and that the development would not carry its own weight in taxes versus services.

Let’s take those arguments one at a time. First, that the proposed solar units are only a fraction of the size of the average solar unit already in Davis. Clearly that’s just look- ing a gift horse in the mouth. Individual homeowners would be free to upgrade the size of the solar units on their own homes. Second, that the site is on a flood plain. Davis is essentially flat. The town is built in the flood plain of the Sacramento River. Before levees and dams were built, the Sacramento River was known to have spring floods a hundred miles wide, from the California coastal mountain range to the Sierra foothills. Age and neglect have made the levees likely to give way; most of the Central Valley has a flood risk

greater than that of New Orleans right now. But that’s anoth~r story; with proper grading, the Covell Village site has no more flood risk than anywhere else in Davis. Third, that agricultural land will be paved over. Every structure in the Central Valley is built on agricultural land. The market is a much better arbiter of the best use of land than bureaucrats or voters. 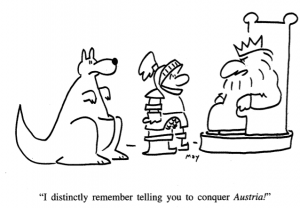 Now to the anti-sprawl arguments. These are all essentially NIMBY (not in my back yard) in nature. There is a shortage of “affordable” housing in Davis and the rest of California, but that’s thanks to the imbalance of supply and demand. The number of people living in California is not going down anytime soon. Demand for housing can only go up. Supply is restricted when new housing developments

Age and neglect have made the Sacramento River levees likely to give way; most of the Central Valley has a flood risk greater than that of New Orleans right now.

like Covell Village are voted down, ergo prices for “affordable housing” or any other kind of housing go up. Second, more people does mean more traffic, everything else being equal. However, everything else is not equal in this case. Many people who work or go to school in Davis commute from neighboring cities five to 50 miles away. Covell Village would reduce total traffic by letting people live closer to work and shopping. Third, that the development would lead to more crime. This is incomprehensible. Covell Village is modeled after Village Homes, which has lower crime rates than the rest of Davis. Finally, the argument that infrastructure costs of the development would exceed its tax revenues is, at best, speculation. The development’s residents will certainly bring in more tax revenue than the frog tunnel.

I am not convinced that voters made their decisions based on which arguments they found most persuasive. My guess is that voters rejected Covell Village (60% to 40%) to maximize future price appreciation of their own homes. I bought a new home in Davis in 1994 for $230,000. It is now worth north of $700,000, due in part to the restrictions on new housing. I believe a substantial number of Davis liberals were voting to promote their own economic interests and rationalizing their vote with the standard slow-growth green arguments. As a result, many of the “Noon X” coalition’s stated goals are, in the big picture, negated. Traffic will increase as people drive farther to get to work or college classes in Davis. Housing developments in other communities will not be nearly as environmentally friendly as Covell Village would have been. But property values in Davis will continue to go up, and people forced to commute from afar to get to work or school will pay the price.

This raises the subject of the proper limits on majority rule. As the old saw puts it, pure democracy is two wolves and a lamb voting on who should be dinner. At the other extreme, it is better·to elect our president than have a tyrant foisted upon us. The Bill of Rights is designed to limit what a majority can do, whether that means censoring speech, dictating religious beliefs, or forcing us to testify against our- selves in a criminal trial. It’s unfortunate that the Bill of Rights does not specifically limit majority assaults on property rights.