On a hillside in the midst of the giant Crown Hill Cemetery on the north side of Indianapolis, surrounded by nondescript foliage, not facing the road, dwarfed·by the lofty monuments that line the crest of the hill above it, you will find a squat grey stone, about the size of a large chest of drawers. It marks the burial place of Benjamin Harrison, 23rd president of the United States. If you’re passing through Indianapolis, as I recently was, you ought to go and see it.

I have visited 16 or 17 presidential gravesites. The monuments range from Woodrow Wilson’s block of

marble in the National Cathedral to the enormous pseudo-medieval tower, the largest of all presidential tombs, that rises in Lakeview Cemetery, Cleveland, dedicated to the memory of the martyred James A. Garfield. Most of them, however, are modest, village-graveyard memorials. The contrast with the trappings of the modern imperial presidency is emphatic. To watch a presidential interview and visit a presidential grave on the same day makes you feel1ike an ancient Roman, seeing the republic pass and the Caesars come to power.

Harrison wasn’t much of a president, but he must have had some sensible friends. They didn’t overplay their hand. The most prominent inscription on his monument, outside of his name, describes him merely as a “Lawyer and Publicist.” Only later does the word IIPresident” appear, as one item in the list of jobs that Harrison held. The short eulogy carved on the tomb begins with the words IIStatesman, yet friend to truth.” Somebody recognized that truth was ordinarily a 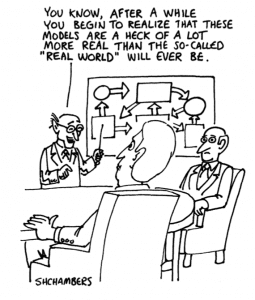 long way from statesmanship, and was willing to say so, even on a ceremonial occasion. Imagine something like that on the tomb of … well, choose your own contemporary politician to fill in that blank.