In Noblesville, Ind., a woman getting flu medicine from a corner store was accosted in the parking lot by two cops. They thought she was a drunk driver, and gave her roadside sobriety tests (which she passed) and breath tests (which were inconclusive). They offered her a choice: take a blood test in the parking lot, or go to jail. She refused to make a choice until she could call her lawyer. When she pulled out her cell phone, the cops got agitated and held her over the hood of her car. Then they hit her with a Taser until she submitted – after one of them gloated, saying “That’s it, Taser time!” You’ll have to excuse his excitement; you see, he’d just been given the Taser and was obviously happy for the opportunity to try it out.

The department says that neither officer did anything wrong, except that it was “insensitive” to announce that it’s “Taser time” – better to let flu-ridden citizens figure this out

Neither cop will be disciplined, even though their squad car video clearly shows them terrorizing a small, unarmed woman whose only resistance was trying to call her lawyer.

for themselves, once they’re writhing on the ground, yelling “Oh my God!” Needless to say, neither cop will be disciplined, even though their squad car video (linked on the Indianapolis Star’s website, see http://tinyurl.com/aoy8a) clearly shows them terrorizing a small, unarmed woman whose only resistance was trying to call her lawyer.

That wasn’t even the dumbest Taser incident in the past month. In Hamtramck, Mich., six-year veteran Ronald Dupuis was fired after using his Taser on his partner, Prema Graham. The two were headed back to HQ and Dupuis wanted to stop for a soda. After Graham, who was driving, refused, Dupuis grabbed the wheel and tried to pull them into the store’s parking lot. The two struggled – with the vehicle still moving – until Dupuis settled the argument with his Taser.

Every month brings more stupid Taser stories, and it’s clear that many cops now think that “non-lethal weapon” means “toy.” And why shouldn’t they? Whenever they assault a civilian, they receive little if any punishment. As long as they don’t jolt other cops, they’re free to brandish their Tasers like street thugs flashing butterfly knives.

Enough, I say. If they’re going to use their weapons in ways that would embarrass Barney Fife, they certainly shouldn’t be considered more trustworthy than Mayberry’s second finest. Give cops Taser batteries that only have enough juice for one shot, and make them carry the batteries in their shirt pockets. At least then they’ll have to think for an extra second before shocking the hell out of some poor woman who only wanted some TheraFlu. 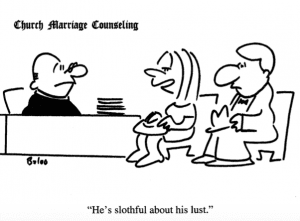