2001 was a good year for the British prime minister, Tony Blair. Even before the events of Sept. 11 placed him firmly in the eye of the world’s media, he was enjoying the kudos of having inflicted a second crushing defeat on the Conservative party at the British general election in June. Indeed, so comprehensive was the victory of New Labour that the pundits felt emboldened to talk about the death of the Tories and the prospect of the U.K. being ruled by a left-of-centre coalition for decades to come. Blair himself asserted that il was time to move beyond Thatcherism and the old right-wing agenda. But where would the seemingly unstoppable Blair juggernaut move to?

When dealing with lawyers it’s always desirable to scrutinize the small print. When dealing with politicians, what is merely desirable becomes essential. With Sherlockian smartness, I have made the daring assumption that the small print in this particular case is the legislative agenda of the U.K. government for the year ahead. I can now reveal to where it is that Mr. Blair and his colleagues are going and how they intend to move beyond the old right-wing agenda.

It’s generally agreed that the big issue at the last election was the condition of the public services in the U.K. Or, to put it bluntly, how the devil were the state education system and the welfare state to be improved? In my lifetime, the fortunes of public services seem to have paralleled those of the English cricket team, varying with unswerving monotony between the mediocre and the catastrophic. But this has never dinted the confidence of a patient public that a new dawn was just around the corner. In June 2001, an unenthusiastic electorate gave the Labour Party the benefit of the doubt and five more years to produce the solution which had eluded both major parties for 50 years.

How, then, does the Labour Party intend to solve the conundrum of the failing U.K. public services? The new education bill promises to increase the number of specialist schools and bring in private enterprise to take over underperforming state schools. Headteachers of these schools will be directly allocated more money by government, thus cutting local politicians out of the loop. They will also be allowed to bring more private business into the management of schools.

There is also a bill to reform the National Health Service (NHS). The intention, as with education, is to decentralize the NHS, expand private involvement in both the managing and financing of the NHS, and to try to create a market in which doctors and nurses control their own expenditure. I may be missing a clever New Labour nuance here, but it seems obvious that far from repudiating Thatcherism, Blair is extending the old right-wing agenda into education and health, areas where the Iron Lady and the Tories had previously feared to tread.

When in the 1970s a growing disillusionment with state intervention caused a number of people to look at market alternatives, it was mainly the Conservative party that took up these ideas. In the 1980s, Margaret Thatcher’s governments implemented extensive measures aimed at privatization and deregulation. But Thatcher never dared to extend this agenda to health and education in any significant way. On the contrary, she was always keen to reassure those who thought she had advanced too far with one of her favorite sayings of those days, “the NHS is safe with us.”

If the Tories under William Hague had won the election in June 2001, would they have dared to do more than Blair? As far as I can make out, there are only two things that the Conservatives would now be doing differently from Labour. They would not have continued to reform the venerable House of Lords. Unless you are a we-must-preserve-the- British-Constitution-as-it-was-in-the-time-of-Richard-the-Lionheart freak, it’s hard to get worked up about this. Sometimes it seems that the three main qualifications for being a member of the House of Lords are: you must be over 80, still able to hold an ear trumpet, and capable of sleeping undisturbed through any debate, particularly one which

Tony Blair is continuing the Thatcherite program whilst at the same time disowning it.

threatens to become interesting. And it is unlikely that the Tories would be set on banning hunting with the hounds, another venerable British institution. But the structure of a second chamber and fox hunting are not issues that most people will go to the barricades for. One might conclude therefore that the vote of the British citizen had next to no significance. Under both Labour and the Conservatives, the slow, measured dismantling of 20th-century state interventionism is continuing. No wonder so many voters couldn’t be bothered to get to the polling booths.

I know that I really ought to be happy about the beginning of the long march to get the state out of education and health in the U.K., but I must confess to a few misgivings. I am not complaining about the fact that Blair is continuing the Thatcherite program whilst at the same time disowning it. I am not a spoilsport and I will not begrudge the politician his opportunity to lie. No, I worry that, as with the railways, a partial, half-hearted, and bungled privatization will bring a host of problems in its wake and tend’ to discredit the market.

In both health and education, it seems that the state will retain control of the purse strings, and funding will still be largely through taxation. The simple libertarian approach would be to allow private individuals to purchase the amount of health and education which is appropriate for them.

This would also have the bonus of bringing . ” into play consumer pressure, which is a far more powerful force than the efforts of that well-meaning coalition of politicians and producers that dominates matters at the 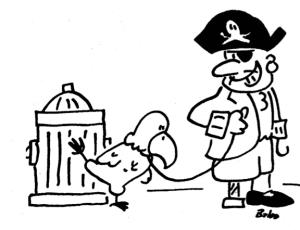 moment. In the short run it would mean government returning tax money to the people to build health insurance policies. As a temporary measure, the government would keep some money to handle the transitional problem of those old-timers who have assumed that paying taxes throughout their lifetimes ensured health care in old age. It would be stressed that this was only a transitional measure.

But it seems that for the present, we will have to be satisfied with ad hoc measures to bring the market into health and education. Amusingly, this will involve sending patients for operations to countries like France and Germany, which run insurance-based systems. Already certain European countries like Norway that run British-style, free-at-the-point-of-‘ delivery type health systems are sending patients (with accompanying translators) to these countries for treatment.

In all this the Tories seem to have learnt a valuable lesson. At the last election they simply promised to spend as much, if not more, than the Labour Party whilst retaining the old system intact. But the public have always trusted Labour more than the Tories on the existing public services and last June Labour cashed in. The Tories have finally realized that they will have to offer a radical alternative to Labour on the NHS and lain Duncan-Smith, the new Tory leader, has sent his officer corps around Europe to trawl other countries for an appropriate replacement to the NHS. At the next election we should have the gratifying sight of a major U.K. political party offering the voter an alternative to the NHS.

But the question remains to be answered. Is the U.K. going to be ruled by a left-of-centre coalition for decades to come, crawling slowly towards market-oriented solutions

The Tory Party was in government for the larger part of the 20th century with Labour only in office for the occasional bout of revolutionary statist zeal. Will the 21st century ‘See those roles reversed?

for health and education? This would be a dramatic political turnaround for the U.K. political establishment. The Tory Party was in government for the larger part of the 20th century with Labour only in office for the occasional bout of revolutionary statist zeal. Will the 21st·century see those roles reversed? Labour is developing into the party of the status quo whilst the Tories, the party of Burke and Disraeli and a host of like-minded trimmers, may be becoming the bearer of the revolutionary torch. Stranger things have happened. The present Liberal Democrat Party, the heir to the great 19th-century Liberal Party of Cobden and Gladstone, now chases the votes of public-sector workers in a desperate attempt to capture the ground which it feels New Labour has recently vacated. To be hon~st, I don’t care to which party falls the honor of demolishing the statist eyesores of the 20th century. I merely point out for the historical record that the Tory Party seems the readiest to move to the radical surgery most desired by those of a libertarian frame of mind.