During an “emergency special legislative session” held Oct. 22 through Nov. 2, the Hawaii Legislature considered a bill giving the governor powers to overturn state.and local government decisions relating to zoning, permitting, and the use of public facilities such as harbors, aIrports, and hIghways. It also exempted him from the state’s procurement code. And it authorized him to change, amend, and modify any state contract, lease, or agreement with no oversight in every version of the bill passed, with the exception of the emergency powers law itself.

The rationale for giving the governor these unprecedented powers? The terrorist attacks some 5,000 miles away, the theory went, had discouraged Americans from vacationing in Hawaii, thereby creating an “economic emergency” for which immediate action was required. Measures had to be taken so quickly that there was not even time for the Legislature to act, despite the fact that the governor’s own party controls 63% of the house of representatives and 88% of its senate.

Even before this sweeping measure, Gov. Benjamin Cayetano was the most powerful governor in the nation, controlling the nation’s only statewide school district system, and centralized transportation, health, and correctional sys- terns – functions normally performed at the local level in the other 49 states. With it, he is the most powerful governor in American history, with the possible exception of Huey Long’s dictatorship in Louisiana early in the last century. Its effect is to put Hawaii under martial law.

Even with the governor’s huge majority in the legislature, it was not an easy bill to pass. Most media in Hawaii endorsed or did not report on the bill, leaving the public blind for the first few days of the session. It is not surprising that the media acted like the governor’s lapdog: Cayetano is notorious for boasting publicly, “I will reward my friends and punish my enemies,” and has been known to legally harass reporters, publications and media that Criticize mm.

The media in Hawaii are reminiscent of a lap dog that licks its government master in adoration, no matter the scandal, refusing to bite the hand that controls it. If one should step out of line, suddenly big business or big government pulls advertising, and a newspaper or news show IS Crippled until the offending reporter is fired or retreats apologetically.

Republican Party chair Linda Lingle, who had challenged Cayetano in the 1998 election, was tenacious, energetic, and loud in her opposition. She told state legislators at the only public hearing on the bill: “The emergency posers. bIll goes against the basic beliefs of a democracy. While It can be argued that it might allow for a quick resolution particular business or individual problem, the bills so filled WIth the potential for widespread. abuse, favoritism, corruption and a general disregard for the views of the public as to make it completely unacceptable in any form.”

Her testimony went largely unreported on in the press, and Democrats responded that the public must “trust the governor” to use his new power wisely.

Attorney General Earl Anzai was asked at the public hearing whether there were any contracts or actions that the governor would be barred from interfering with under the new legislation. He said there weren’t. Asked whether the governor already possessed enough power to solve the problems used to justify the bill, such as waiving landing fees for passenger aircraft or modifying existing airport-related contracts, he admitted that the governor already did. When legislators asked whether the governor’s new powers would apply to an acting governor he said they would. The unelected attorney general had just served as acting governor when the governor flew to Japan and the lieutenant governor to Washington, D.C.

Further testimony revealed that the governor did, not have a uniform plan to waive, defer, or reduce fees on state facilities in order to bolster tourism and instead planned to renegotiate each contract with each individual business. This is especially disturbing in Gov. Cayetano’s case, given’ his history of awarding state contracts to political favorites.

But such a sweeping measure could not be enacted, even in what Forbes calls the “People’s Republic of Hawaii,” without stirring up some opposition.

from the economy’s downward spiral.” Democrats have enjoyed a political monopoly in the 50th state for more than 40 years and now occupy all four of Hawaii’s congressional seats, the majority of county council seats, the office of the lieutenant governor and governor, in addition to their huge majorities in the Legislature. And they believed they had little to fear from ‘the voters. Most consider themselves “Teflon,” no matter the sleazy, unethical, o~ illegal acts in which they are involved, thanks to an apathetic public that almost robotically elects them year after year.

But such a sweeping measure could not be enacted, even in what Forbes calls the “People’s Republic of Hawaii,” without stirring up some opposition. 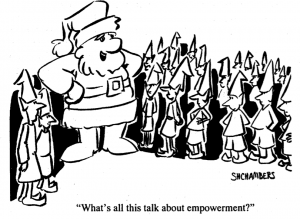 Opposition also came from opponents of casino gambling, another political position not popular with the people of Hawaii but which the governor, who has long been associated with international gambling interests, disagrees.

But the brunt of, the battle was born by the Republicans. “It’s often said jokingly that a democracy is a very inefficient form of government and that a dictatorship allows you to get things done faster,” Lingle told legislators. “True or not, we all know and agree that democracy is the best form of government. Anyone who votes to pass the Emergency Powers bill is saying that they have lost confidence in democracy.” House Minority Leader Galen Fox was even more emphatic. “This is unconstitutional. There are three branches of government, not two,” he said. “The public and Republicans throughout the state are rightly horrified by this legislation.”

Some members of Cayetano’s own party expressed concerns privately, but only two, Rep. Lei Ahu Isa and Rep. Terry Yoshinaga, failed to support it. Even Common Cause, which claims to be a watchdog against corruption, acted more like a sickly, whimpering pup, with its Hawaii branch supporting the legislation, offering only a few technical amendments.

In a tactical move, the three senate Republicans, led by Minority Floor Leader Fred Hemmings, proposed several limiting amendments to the bill, which after a series of closed-door, backroom meetings, were adopted by

This “emergency” law makes Hawaii Gov. Benjamin Cayetano the most powerful governor in American history, with the possible exception of Huey Long’s dictatorship in Louisiana early in the last century. Its effect is to put Hawaii under martial law.

Democratic party legislators. The governor coyly said that whatever the Legislature wants, he can live with.

Even so, Republican Minority Leader Sam Slom saw little mitigation in these amendments. “There is absolutely no question this is still a bad bill, unprecedented, unnecessary and one that some lawmakers hope will shift blame from them to the governor when the Hawaii economy further declines,” he said. “It is still ‘less evil’ than the original proposal and that is what lawmakers do best: give voters a choice between the ‘lesser of evils,’ not the choice between the best alternatives.”

The special session ended Nov. 2. The bill passed swiftly, with House Republicans still attempting to kill it. It was immediately signed by the governor.

Since Hawaii is the only state in the union that has neither statewide initiative, referendum or recall, the next chance to ensure this kind of power grab never happens again won’t come until November 2002, when virtually every elected official statewide will have to run for re-election, thanks to one section of the Hawaii State Constitution legislators haven’t yet dare touch.