From the strategic point of view, I’m not totally opposed to government wiretapping in the United States, as the truth of terrorism is that the most dangerous enemies are not whole countries but everywhere, including among us. However, since most potential terrorists speak languages others than English – indeed, languages known to few Americans –  the wiretappers will inevitably take the easier way out by listening mostly to English speakers, dammit. Why is it that so much post 9/11 strategy becomes misdirected? 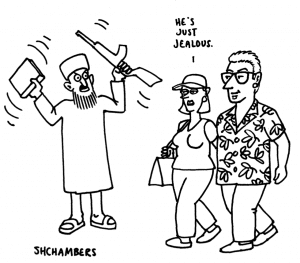