When art imitates life, it’s unsurprising; but when life imitates art, it’s at least unusual. When Governor Schwarzenegger pitches his new healthcare scheme, he seems to be imitating cinematic art – namely, his own Terminator series. In the first Terminator movie, he was a tough, calculating machine determined to destroy girlie-humans. By the last Terminator movie, he was a gentle, motherly machine just trying to help the kids.

Campaigning against the free-spending former Governor Gray Davis – a man who personified his name magnificently – Arnold was the original Terminator, opposing new taxes, demanding a cut in the auto license fees, and so on. During his first term, he pushed a special election on several major reform initiatives: one to limit the growth of state spending, one to curb the power of unions to confiscate their members’ money for use in political campaigns, and one to redistrict the state to overcome the gerrymandered system that permanently cemented politicians in office.

But his tactics were fatally flawed. First, he should have pushed one initiative at a time, starting with the most important one, viz., the proposal to cap the growth of state spend- ing. Had he gotten that through, the budget would be in surplus today, and his name would live in glory forever, for more than his career in sports and movies. Second, he should have put proposals on the ballot only in general election years, rather than placing them in special or off-year elections, when the public is less likely to vote, making it easier for public-employee unions to bring out their own, well organized voters.

After he was soundly beaten, Arnold started mutating into the kinder-gentler-more-loving Spender Terminator. Suddenly, he dropped all talk of capping government growth and proposed massive new spending programs.

He won reelection in a landslide.

With the introduction of his new health insurance plan, the mutation has become complete. Under his scheme – quite a scheme coming from a professed admirer of libertarian economists Friedrich Hayek and Milton Friedman – all Californians will be required to have health insurance. Those that can afford it will be forced to buy it, and those that can’t afford it will be given it by an expanded Medi-Cal and other welfare programs. Businesses with more than ten employees will either have to provide health insurance to their employees or have to pay a 4% tax on their total wages, to fund health insurance for those who can’t afford it themselves. Doctors and hospitals will also be hit by a new tax that will disgorge into the fund – docs 2% of their revenues, hospitals 4%. And insurers cannot deny coverage for reasons of health or age.

In short, employers will be hammered even more in taxes, in a state second only to New York for its unfriendly business environment. Chambers of commerce in such states as Texas, Florida, and Nevada must be rubbing their hands at the prospect of the current flood of California businesses moving out of state becoming a torrent. And outsourcing will become even more tempting. 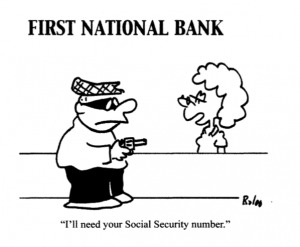