Most of the earth’s land is under the control of governments. Most of the ocean is not. The majority of the area of the globe is, legally speaking, a stateless territory.

Thanks to competition among governments, the ocean is stateless in fact as well as in law. A ship can fly the flag of any nation that will permit it – and there are a lot of nations. If some impose conditions on the use of their flag, there are always others willing to sell theirs with fewer conditions. The

result is that the ships of the world are effectively without government regulation of any sort. That effect is reinforced by the nature of the sea itself – big enough and empty enough to make keeping track of what is happen- ing on it difficult and expensive. It is hard to regulate what you cannot see.

“Panama is considered to be an old fashioned ‘flag’ because its consulates handle the paperwork and collect the registration fees, but ‘Liberia’ is run by a company in Virginia,

‘Cambodia’ by another in South Korea, and the proud and independent ‘Bahamas’ by a group in the City of London.”

The author of “The Outlaw Sea” is more interested in describing than in judging; it is hard to tell to what degree he approves or disapproves of the stateless ocean. His first story·- the book is mostly a series of linked stories – is of a merchant ship that sank as a result of being pushed too hard, too long, with insufficient repairs. The implication at that point seems to be that if only ships were subject to properly paternalistic regulation, such things would not happen, sailors would not drown, and the world would be a better place.

But would it be? The crew he describes knew the condition of the ship and the risks they were taking. They took them because the job, despite its risks, was more attractive than any alternative. To the economist reader, the outcome of the unregulated

The result is that the ships of the world are effectively without government regulation of any sort.

market looks efficient; the owners of the ship were taking risks that, considering all costs and benefits, were worth taking. At the end of the book, in a discussion of the Third-World wrecking yards where ships end up, Langewiesche appears to agree. The work is hard and dangerous, the environment is polluted, but it is better than the alternatives available to the people who work there; the European do-gooders who try to close down such operations are harming the people they claim to be helping.

The advantages of an ungoverned ocean are less clear in two other contexts – liability and crime. Owners of a ship can and often do hide their ownership in a chain of paper corporations. As long as there is at least one country willing to register a ship without a clear link to its real owners – and there always will be at least one – that situation cannot be prevented. So when an oil tanker goes down, inflict- ing very large costs on the owners and users of nearby coasts, there is no guarantee that anyone can be found responsible and sued for the damages.

Crime too is a problem in an ungoverned world. The book gives a detailed account of the seizure by pirates of the Alondra Rainbow, a $10 million ship carrying another $10 million worth of aluminum. Fortunately, the pirates decided to set the crew adrift instead of killing them, and the crew got spotted before they died of hunger or thirst. By more good fortune, a month after the hijacking the Indian navy correctly identified the stolen ship and retook it. What was special about that case was that the happy ending made it possible to reconstruct the crime. More successful seizures of ships – followed by a name change, a new coat of paint, and a new registration under a different flag – occur with some frequency.

“Of 1,228 pirate attacks reported worldwide from 1998 through 2002, about a fourth were on ships underway, and of those about 68 were Inajor, involving gangs of ten pirates or more…. Among them during the five years in question they hijacked perhaps twenty-five large ships.”

It may occur to those skeptical about the virtues of government authority that crime occurs in areas controlled by states as well as those that are not – both private crime and state crime, on a considerably larger scale than piracy.

The European do-gooders who try to close down such operations are harming the people they claim to be helping.

what degree the real problems he describes would be solved by more government control over the oceans.

Consider one of the worst naval catastrophes of recent times, the loss of the ferry Estonia in the Baltic in 1994. The ship was as far from stateless as a ship can be. It was owned by the Estonian government in partnership with a publicly-traded Swedish company, with extensive support and regular inspection by Swedish authorities. For some reason – the author suspects poor design by its original German builders, although the question has been hotly debated – it sank, killing more than 800 passengers. Or consider the sinking of the Exxon Valdez. It was transporting oil from an American port 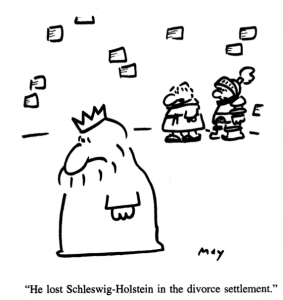 to an American port and so was required by U.s. law to operate under the U.S. flag and conform to U.S. regulations.

What is interesting about the book is not the author’s judgment, or mine, or even the reader’s, as to whether the stateless nature of the ocean is a bug or a feature. What is interesting is the observation that a considerable part of the surface of the planet is and always has been, de jure and de facto, stateless – and human beings continue to live their lives, do business, transport goods, across it.

There is unembarrassed talk in Washington of a future under control, in which sailors will undergo meaningful background checks and will be supplied with unforgeable, biometrically verifiable IDs by honest, appropriately equipped, and cooperative governments. Panama, for instance, will vouch for the integrity of, say, an Indonesian deckhand working on a ship operated by a Cayman Island company on behalf of an anonymous Greek. This is a vision so disconnected from reality that it might raise questions about the sanity of the United States.”

David Friedman is the author of "Hidden Order: The Economics of Everyday Life." His website is daviddfriedman.com.
View all posts by David Friedman