Stanley “Tookie” Williams founded the Crips, a California street gang that, to put it mildly, has done a lot of bad stuff. He himself was sentenced to death and on December 13 was finally executed for the 1979 murders of four people. On death row, Williams became a cause celebre. He was nominated for the Nobel Peace Prize, and antideath penalty activists marched on his behalf, demanding that Gov. Schwarzenegger commute his sentence. Reporters noted that Tookie contemptuously rejected the traditional last meal offered by the state.

I couldn’t help but contrast this with another death at the hands of the government in California.

Peter McWilliams didn’t start a gang. In fact, he was a libertarian who deplored violence, including state violence.

He got in a heap of legal trouble for taking medicinal marijuana to continue his existence as a sufferer from a life-threatening disease. Few in the media rushed to his defense when the government raided his home and told him he couldn’t take his medicine anymore, sentencing him to death without the benefit of the quarter-century of appeals that Tookie got.

I don’t recall McWilliams being nominated for any Nobel prizes. And his last meal wasn’t offered to him by the state. It was probably very small, and choked down in great discomfort. He vomited it up because he couldn’t have his harmless, life-preserving antinausea medication, and he was too weak even to throw upright. He died alone, probably after several minutes of terrible suffering. But he died with honor.

Pardon me if the media’s hand-wringing over Tookie makes me want to throw up, too. 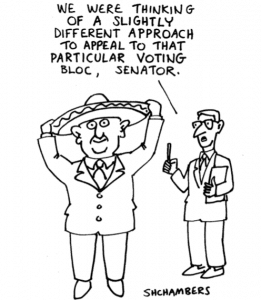