Moving from a small town in Montana to Raleigh, N.C., evoked some predictable reactions in me, such as shock at the traffic congestion and amazement at the number of malls – but also, perhaps, one genuine insight. I see how sprawl and density can work together.

Raleigh sprawls; no doubt about it. It is one of three conjoined cities called the IITriangle,” composed of Raleigh (population 354,000), Durham (202,000), and Chapel Hill (152,000). And the area’s population is much larger than these numbers suggest, perhaps 1.5 million, and growing. In fact, Raleigh has its own l10,000-person bedroom communi~ Cary. Each Triangle city features a major research university: North Carolina State in Raleigh, Duke in Durham, and the University of North Carolina at Chapel Hill (the three are intense rivals). The region, which also includes a well-known government-industrial complex, Research Triangle Park, is said by Wikipedia to have more Ph.D.’s per capita than any comparable area.

In spite of the surrounding sprawl, Raleigh’s downtown is a pleasant place to be (I work there and live nearby). Even though Raleigh is the state capital, burdened by the big government buildings that often deaden a city, it is comfortably bus)’, both day and evening. It has good restaurants, some on a “strip” but others scattered, a municipal auditorium (now showing liThe Lion King” and hosting the North Carolina Symphony), and plenty of office buildings. A number of luxury 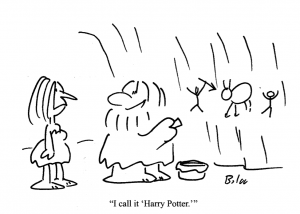 My theory is that Raleigh’s downtown is doing well because there are at least three downtowns in the region. With three major centers, the Triangle doesn’t fit the traditional hub-and-spoke design. Three downtowns compete to provide urban amenities, and competition is almost always good. But, more specifically, it means that not all the 1.5 million people consider Raleigh  “their” downtown and therefore not too many people head there at once. As a result, it’s relatively easy to get around in downtown Raleigh, a fact that makes people more likely to go there more often. Downtown Raleigh is not a distant destination one travels to on rare occasions.

Now, a planner might not like Raleigh’s downtown. It’s not all that dense. There probably isn’t enough “urban streetscape”; some buildings are empty (and others just ugly); streets are wide; there aren’t that many skyscrapers; cars can whiz through downtown without stopping (traffic is not calmed);  and parking is not a major problem. The place looks kind of unfinished, as if awaiting more in-fill.

But this may be as good as it gets. In liThe Death and Life of Great American Cities,” Jane Jacobs identified the automobile as the fundamental challenge to downtowns. Municipal governments try to accommodate the automobile by widening streets and building more of them. But by making room for the automobile, they break up the dense interconnectedness that makes the city so vital, destroying the streetscape. It’s a tug-of-war.

For the most part, it’s a game that nobody wins. But maybe there is an answer, at least in environments such as this one. There may be a point – a level of density – that allows a lot of cars to enter and exit but still leaves some “city” to attract their drivers. Because the demand for car space is not overwhelm- ing, the loss of the urban space is not too great.

Such an equilibrium will not satisfy planners, who want more density and the charm and sophistication that it brings. But citizens may not be so demanding. They want to be able to zip in and out of downtown and park when they’re there. When they can do that, they will support restaurants and concerts and theaters and businesses. And that’s what seems to be happening in Raleigh.