When George Reeves first appeared onscreen as Sergeant Maylon Stark in early viewings of “From Here to Etemi- t}j” the audience laughed and gasped, “Look! It’s Superman!” I sheepishly confess that, when I watched the film a few months ago, I had the same reac- tion. Reeves, who made 55 films in the dozen years before landing the television role that launched him up up up into the sky and down into our living rooms, is remembered for. only two of them, “Gone with the Wind” and “From Here to Eternity.” And the films are not watched for his small performances. Sadly, his appearance in any of his films today is greeted with those same regrettable words: “Look, it’s Superman.”

Why couldn’t he rise above the persona? The fact is, Reeves was not a great actor. He played every role with the same sardonic smile of patient superiority. Sean Connery could step out of James Bond’s shadow because he is

Prewitt never complains about his punishments, recognizing them as the price he pays for asserting his individuality.

a first-rate actor; Reeves could not transcend the Superman role because he was simply a studio contract player.

The release of “Hollywoodland” in September (see Eric Kenning’s review above) prompted me to return to “From Here to Eternity.” Remembered mostly in parodies of the sexually charged waves crashing over Burt Lancaster and Deborah Kerr as they make love on the beach, I discovered that, 50 years later, the film is still fresh and timely, and worth a review.

The Army seems an odd place to look for an idealistic individualist, but that’s what we find at the center of “From Here to Eternity/’ the Best Picture of 1953 and winner of seven other Academy Awards, including supporting Os- cars for Frank Sinatra and Donna Reed. Based on the book by James Jones, the story takes place at Schofield Military Base in Hawaii during the days leading up to the attack on Pearl Harbor.

Robert E. Lee Prewitt (Montgomery Clift) is a “3D-year man in for the whole ride.” But he’s not really an Army man. He’s a soldier who doesn’t want to fight, a bugler who doesn’t want to bugle, unless he can do it his own way. When his sergeant tells him “in the Army it’s not the individual that counts,” he responds, “A man who don’t go his own way is nothing.”

What sets Prewitt apart from the usual insubordinate maverick who challenges authority, questions orders, and expects to get away with it, is that Prewitt calmly accepts the punishments meted out for his disobedience. Even as he is digging ditches and refilling them, pulling triple KP dut)’, and marching tours with full packs, he is fully in control. He knows that he has the power to stop the brutal treatment at any time, simply by agreeing to join the boxing team, and that power gives him freedom. Prewitt never complains about his punishments, recognizing them as the price he pays for asserting his individuality.

Set against this idealistic individualism is the company commander, Captain Holmes (Philip Ober), who also asserts his individual goals and desires. He wants to field a championship boxing team, and he needs Prewitt, famed for his skill as a middleweight boxer, to complete his team and secure his trophy. When Prewitt calmly refuses to box, Holmes resorts to unfair punishment and even enlists the boxing team – soldiers all – to tyrannize Prewitt. Such corrupt self-interest, trampling on the rights and personal liberty of another, costs Holmes the respect and allegiance of the men he is commissioned to lead. They do what he tells them, but only because the orders come through his first sergeant, Milt Warden (Burt Lancaster).

Warden is the pragmatist, balancing the two extremes represented by Prewitt and Holmes. He too is motivated by self-interest; he goes along with Holmes because it’s best for his own career. He obeys Holmes’ orders only after skillfully manipulating the captain to order what Warden thinks is best. As Warden tells another soldier, “He’ll sign any paper I put in front of him,” and Warden uses that sloppy confidence to run the company his own way.

When the Japanese attack, Warden takes charge. The men respond to him because, even though he is a noncom, he has demonstrated “the first duty of an officer – to take care of his men.” The idiocy of Army
rules is demonstrated best when the men, following Warden’s orders, run to grab some guns and start defending the base. With Japanese planes strafing them from above, the sergeant in charge of munitions adamantly refuses to open the magazine, asserting, “No orders, no ammo. I gotta obey my orders.” Warden quickly ignores the rules and opens the magazine to distribute the guns.

Two women are also important to the story. Director Zinnemann employs traditional symbols of black and white to represent them as iconic contrasts of one another. Karen Holmes (Deborah Kerr), the captain’s wife and Warden’s lover, is a blonde who dresses in white, while Lorene (Donna Reed), a hostess at the local gentlemen’s club, is a brunette who dresses in black. Yet neither woman is truly black or white, good or evil. As the captain’s wife, Karen has status and class, but she’s a bleached blonde who sleeps with soldiers and officers at every base. Lorene serves the servicemen at the New Congress Club (a brothel in Jones’ book, cleaned up as a dance hall and social club in the movie) but her hair is dyed unnaturally black and her name is really Alma (“soul” in Spanish). She’s a sweet girl with her heart set on just one man.

In this film the leaders lead the way in breaking the rules. Everyone knows that Captain Holmes delegates his duties to his first sergeant, cheats on his wife, and cares only about boxing, but everyone covers for him. Everyone knows that “Fatso” (Ernest Borgnine) runs the stockade with sadistic brutality, but no one does anything to stop him. Prewitt is determined to be the lone wolf who can serve his country and still maintain his right to choose his own actions, but in the end that idealism is crushed. To the men, Warden is “the best soldier. He’ll draw himself a line he thinks is fair and he won’t come over it.” He breaks the rules, but he doesn’t break the men’s trust. Maybe 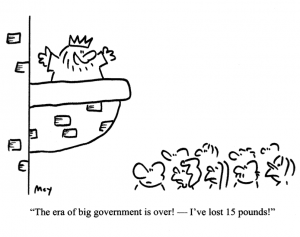 that’s all we can ask of the Army.

As dark as the film is, Zinnemann had to sanitize the screenplay in order to gain permission to film at Schofield. James Jones’ book is an even bleaker in- dictment of the dehumanizing nature

of the armed services. Personal free- dom and the Army just don’t mix. As General Patton said, “All this talk about individuality in the Army is a bunch of crap.” But Prewitt says it best, “We may seem all alike, but we ain’t all alike.”