While visiting the United States in mid-Janua~Iraqi Defense Minister Abdul Qadir let it be known that Iraq will require a U.S. military presence for another ten to twelve years.

According to Qadir, Iraq’s armed forces may be ready to provide internal security on their own by 2012. The guarding of Iraq’s borders without U.S. assistance will have to wait until 2018 or 2020. That’s the good news, folks.

The bad news is that Qadir’s timeline has gotten lon- 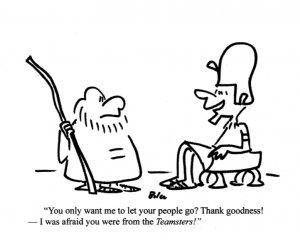 ger since he last offered a prediction in 2007. Furthermore, if even this distant goal is to be achieved, Iraq, according to Quadir, will require a massive infusion of U.S. arms, including advanced warplanes. And whom do we think will be paying for these modern, very expensive weapons? Yep, it’ll be the American taxpayer, otherwise known as thee and me. Despite its oil riches, Iraq’s basket case economy and ruined infrastructure will more than absorb every dime it earns for many years to come.

Such are the fruits of “victory” in Iraq. But perhaps the next president will offer some hope for a change of course? Perhaps he or she will take the steps necessary to save us from such a triumph and bring us back home where we belong?

Don’t count on it. John McCain looks more and more like the Republican presidential nominee. He’s committed to staying the course in Iraq, no matter how long it takes. McCain’s main rival, Mitt Romne~ is equally hard-line.

On the Democrat side, you’ve got Hillary or Obama. No matter what they say, neither one is going to liquidate the Iraq commitment. If we were to pull out of Iraq next year, and anti- U.S. elements took over, the wave of recriminations would make “who lost China?” look like a garden party. The O’Reillys and Hannitys and Limbaughs, with ex-Vice President Cheney (assuming he hasn’t dropped dead from his 17th heart attack in the meantime) at their backs, would maintain a drumbeat of denunciation and slander. No administration could with- stand that and get reelected.

So don’t bet on the November election changing much. A Democrat may get us out in five years’ time. Any Republican will likely keep us there for at least ten. Of course, events may force the issue. If Pakistan falls to Islamists, or Israel drags us into a war with Iran, then things may change, and quickly. If not, be ready for more lists of the fallen, and an additional couple trillion dollars down the drain, in the name of “winning the war on terrorism.”

Oh, and keep an eye out for an appearance by the goddess Nemesis, probably when you least expect her.

Jon Harrison, a former Liberty contributing editor (2008–2014), is a freelance writer and editor.
View all posts by Jon Harrison